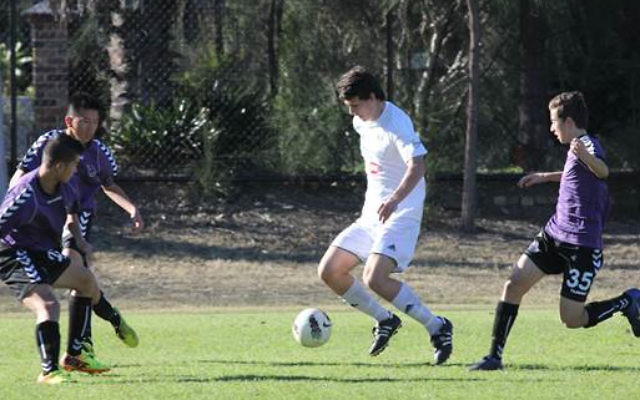 HAKOAH Sydney City East FC will face the Queensland-based Palm Beach Sharks in the final 32 of the inaugural Westfield FFA Cup after the fixture was announced as part of a live television event on FoxSports last week.

After 12 months of knock-out qualifying matches, the field has been narrowed from 631 hopefuls and  includes entrants from the top domestic competition, the A-League.

Hakoah is the lowest ranked team to make it through to the next phase of competition and will be up against it when it takes on QLD National Premier League side, the Sharks on August 19 at Hensley Park.

The ultimate underdog, Hakoah could meet A-League powerhouses such as Central Coast Mariners or Melbourne Victory if it secures an unlikely victory against the Sharks.

Hakoah committee member Adam Joseph said: “The FFA cup allows for an amateur club like Hakoah to showcase itself to the Australian general public.

“Hakoah is one of the oldest football clubs in Australia. The last time Australia hosted the FFA Cup (previously called the Australia Cup), Hakoah were the winners in 1968 to add to the 1965 trophy. Being involved in the inaugural cup allows us to once again compete at the very highest level in Australian football.”

Meanwhile, in club football results Hakoah had an up-and-down weekend.

The seniors continue to dominate the first-grade competition, flexing their muscles on Saturday in a 5-0 demolition of Granville Range.

An early goal to Hakoah was quickly followed by a Granville own-goal making it 2-0. Jordan Mundell scored soon after half-time, before Jarrod Basger found the back of the net to complete the rout.

Hakoah’s under-20s looked down on the form that saw them climb to second on the table, suffering a  deflating 3-0 defeat at the hands of Granville.

The under-18s recorded a scoreless draw in an uninspiring display against Granville. In windy  conditions, the match lacked intensity, something Hakoah’s youngsters will need to improve on for next week’s top-of-the-table clash against Inter Lions SC.

It was a return to form for Hakoah’s 16s, with a 3-0 defeat of Granville. Goalkeeper Brad Sarif was  brilliant in a tight first half and kept Hakoah in the game until midfielders Jordi Swibel and Gideon Fine started to exercise control. This resulted in three second-half Hakoah goals, the first to Gabba Simantov, which was followed by a brace to prolific goalscorer, Harry Buch.