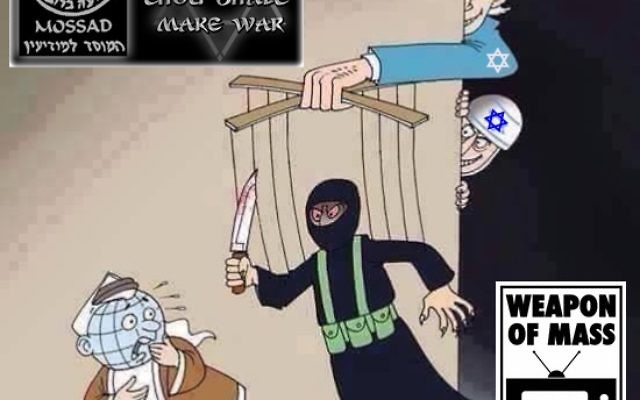 JEWISH organisations have condemned the Australian organisers of a hate website that Anti-Defamation Commission (ADC) chair Dvir Abramovich described as “one of the worst anti-Semitic websites I have ever seen”.

The site, jeworldorder.org, states: “The Elite Jews create the illness, then sell the Cure. They create Chaos & Terrorism, then sell the solution” and “Zionism is NOT about a homeland for Jews – it’s to establish the base of a One World Government, where the Jews tyrannically rule the goyim worldwide.”

It also claims Islamic State was an invention by Jews to discredit and rule over Muslims, and that “Muslim women were free before Zionism”, while a headline from an alleged newspaper clipping reads: “Jews control Islam and we’ll use it to destroy the West.” There are video clips headlined “How the Jews mock Jesus Christ” and “Jews insulting Jesus, Christians and Christmas”.

The site is reportedly linked to organisers behind two other websites that distributed anti-Semitic words and images which drew fire from NSW Jewish Board of Deputies (JBOD) CEO Vic Alhadeff in 2013.

Since that time, the Executive Council of Australian Jewry (ECAJ) has been documenting the website’s organiser, who lives in Berrima in the NSW southern highlands, but cannot be named for legal reasons.

ECAJ executive director Peter Wertheim said investigations are continuing. ”This sort of material has been published under a number of different websites and different URLs.”

The latest appearance of the material is on a site hosted in the US which Wertheim said could enable it to evade Australia’s 18C racial and religious vilification laws.

JBOD has reported the Twitter page which is associated with the website and requested that it be removed.

“This is scurrilous racism at its worst,” said Alhadeff. “It is appalling that one can peddle such bigotry and race hatred in a public space.”

“It may inspire and encourage users to take their online rage into the real world.”