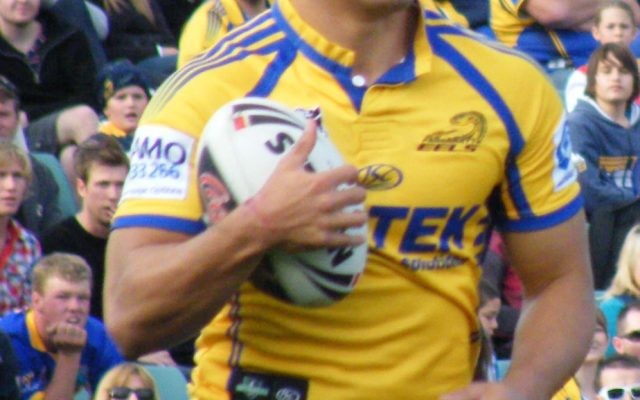 SUPERSTAR footballer Jarryd Hayne has been condemned by community leaders for telling his 120,000 Twitter followers that Jews killed Jesus.

Hayne, who was one of the best rugby league players in the country before he decided to try and make it in the NFL in America with the San Francisco 49ers, posted last week that “Jesus wanted to help people but was killed by his own people”.

After much discussion on the post, he then said “The Jews were the people who took him to the Romans and forced them to give the order because they couldn’t”.

NSW Jewish Board of Deputies chief executive officer Vic Alhadeff said the accusation “that the Jews killed Jesus is a falsehood that was renounced by the Vatican 50 years ago”.

“It’s unfortunate that the misconception still exists today and even more disappointing when it is promoted by a high-profile figure like Jarryd Hayne.”

Chairman of the B’nai B’rith Anti-Defamation Commission Dvir Abramovich said he was deeply saddened and concerned that such a high-profile figure would spread a discredited and noxious myth.

“Mr Hayne’s damaging, painful and irresponsible statement is not just historically wrong, but resuscitates the dangerous age-old anti-Semitic falsehood that the Jews are guilty of killing Jesus,” Abramovich told The AJN.

“For thousands of years Jews were held in contempt and were persecuted and murdered because they were labelled as Christ-killers.

“It’s a pity that Mr Hayne is so ill-informed that he doesn’t know that in 1965 the Vatican rejected this charge and that Pope Benedict XVI in his book Jesus of Nazareth concludes that there is no basis to the notion that Jews are collectively responsible for the death of Jesus.”

Abramovich urged Hayne to promptly apologise, withdraw the hurtful and absurd tweet and make it clear to his fans that his divisive statement was not true.

“Rather than fuelling anti-Semitism, we need sportspeople to be powerful voices in countering racism and Jewish-hatred, especially when attacks against Jews worldwide are on the increase.”

The AJN contacted Hayne’s management on Wednesday but were told he was unavailable for comment at such short notice.