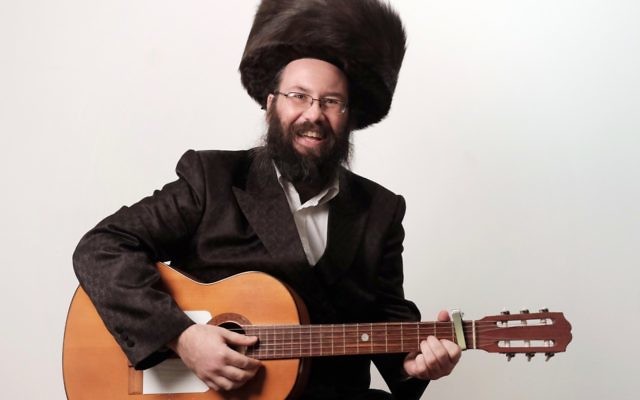 A DOCUMENTARY into the hidden world of the 2000-strong Adass Israel community in Melbourne will screen on SBS television next Thursday night.

And according to former AJN editor Dan Goldberg, who has produced Strictly Jewish, it’s quite an eye-opener.

“The most fascinating thing is that even Jews don’t know they exist,” Goldberg said of the insular and self-sustaining community.

Noting that they have “managed to stay invisible to the rest of the world”, he added that he knew Adass was a reclusive congregation, but didn’t realise how just interwoven the community was.

“I thought I knew it all because in 1999 I wrote a two-page feature on Adass in The AJN. But I was surprised at what I learned making this documentary.

“They have their own directory that has every single family name in there, every phone number and every email.

“If someone needs a bed for a visitor or a baby seat for family from overseas, they put a call out and within 24 hours it’s there for free.

“They have literally created their own circumcision-to-grave society.”

The community is seen through the eyes of three people in the documentary: retired importer Shlomo Abelesz; Raizel Fogel, who runs Eshel’s kosher deli with her husband; and Rabbi Aryeh Goldman, who was not born into the community but became more religious as he grew up and started following the Adass way of life.

Goldberg first came up with the idea of a documentary looking at “secret, multicultural sects” in Australia two years ago, in particular Adass, the Druze community in Melbourne and a Buddhist retreat on the Gold Coast.

When SBS announced it wanted to create a series, Untold Australia, he knew the Adass community would be perfect.

“We had reservations because I teamed up with director Danny Ben-Moshe and we had just completed the award-winning Code of Silence, about child abuse in the Jewish community.

“But we worked very hard to build trust with the board and the president and they were open to listening to us.”

Goldberg added, “Never before have they agreed to let cameras inside their secret world so that was a privilege.”

Strictly Jewish is part of a three-part SBS series, Untold Australia. It will air on SBS on Wednesday April 27 at 8.30pm.