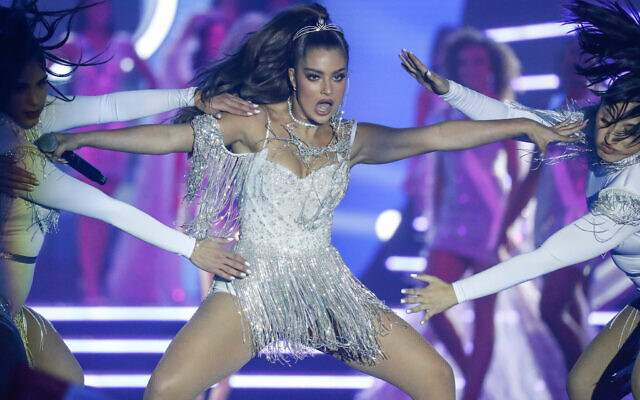 Israel has selected pop star Noa Kirel to represent the country at the 2023 Eurovision Song Contest.

The decision was made by an internal selection committee organised by the Kan public broadcaster — a break from the past seven years, when Israel’s contestant was chosen by a reality TV competition.

According to Kan, Kirel was the committee’s first choice, winning its unanimous support.

The committee selected Kirel out of a list of 78 contenders made up of chart toppers and proven musical acts — a distinction from past years, when relative unknowns were sent to the famously campy competition.

Kirel, 21, is one of Israel’s most famous current pop singers, known for her hit singles Pouch, Million Dollar and Tikitas.

She is regularly in demand at events across the country and the subject of intense paparazzi coverage. Kirel completed her IDF service earlier this year, after serving as part of its “talent track,” performing for troops and enabling her to pursue a career at the same time.

In December, she performed at the 70th Miss Universe pageant, hosted in Eilat and broadcast to millions of viewers around the world.

Over the past couple of years, she has also pivoted toward breaking into the international market, signing a deal with Atlantic Records in 2020 and releasing several singles in English last year, including: Please Don’t Suck and Bad Little Thing. And while the label landed her media coverage in outlets like Variety, People, and Rolling Stone, the songs failed to chart internationally.

“I think she’s amazing, I think she’s going to be very successful in the US, I think she’s on the cusp between being local to being international,” Assaf Blecher, an executive producer on the Miss Universe pageant told The Times of Israel last year about Kirel. “She’s not known, she’s semi-known now.”

The song that Kirel will perform at the Eurovision will be decided at a future date, either via another internal selection committee or a televised competition.

“Noa Kirel is a talented singer and creator and I congratulate her for representing Israel at the 2023 Eurovision,” said Culture and Sport Minister Chili Tropper. “Noa is a role model for thousands of girls and boys who see her willpower, creativity, and determination.”

The Kan announcement about Kirel is a decidedly early one for next year’s contest, which will likely be held in May.

The European Broadcasting Union, the body which oversees the Eurovision, welcomed Kan’s announcement by tweeting “2023 season has begun!”

The location of the 2023 competition has yet to be decided, after Ukraine won this year’s contest, riding a wave of international sympathy following Russia’s invasion in March. The EBU said last month that it did not believe Ukraine — which is still in a state of war — would be able to host next year’s competition, and said it was in talks to stage the contest in the UK.

Israel has won the Eurovision four times: 1978, with Izar Cohen’s A-ba-ni-bi, 1979 with Milk and Honey’s Hallelujah, 1998 with Dana International’s Diva and 2018 with Netta Barzilai’s Toy.

All but Barzilai were selected to compete via an internal committee.

At this year’s competition, Israeli entrant Michael Ben David — chosen by winning X-Factor Israel — failed to advance to the final round of the competition, marking Israel’s worst showing since 2014.