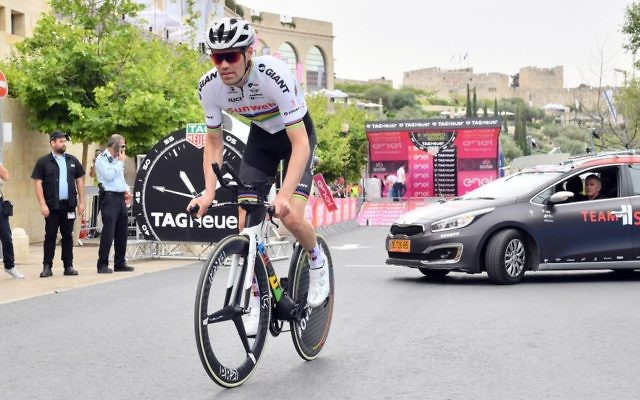 ISRAEL has gone cycling crazy, as one of the world’s top bike races moved its opening three stages outside of Europe for the first time – starting in Jerusalem.

Local excitement over the Giro d’Italia’s “Big Start”, which is watched by more than 800 million viewers in 194 countries, impressed the star of the Israeli stages, Australian Rohan Dennis.
“I didn’t expect the crowd to be so alive – it was amazing,” he said.

Dennis, from the BMC Racing Team, departed Israel for the next stages in Sicily holding a one second lead, and the prestigious pink jersey, over last year’s Giro winner, Dutchman Tom Dumoulin.

The Giro began last Friday with a 9.7km time trial through Jerusalem, passing landmarks including Jaffa Gate and the Knesset.

For the next two days, the 176 riders pedalled against light crosswinds from Haifa to Tel Aviv and then from Beersheba to Eilat via the spectacular Ramon Crater in the Negev.

Even Prime Minister Benjamin Netanyahu got into the cycling spirit, jumping on a bike with Israeli-Canadian businessman, cycling enthusiast and honorary president of Big Start Israel, Sylvan Adams, albeit wearing a suit instead of lycra.

The event broke down a longstanding taboo on Arab teams competing in Israel, with teams from the United Arab Emirates and Bahrain taking part.

Sagiv finished the third stage in 35th place, and said “I felt the ground tremble when I started – all the crowd was cheering for me – an experience I’ve never had before.”

Israel invested $30 million to host the Big Start – a huge logistical undertaking – with Adams describing it as an incredible opportunity to showcase the beauty of the Jewish State and “the warmth of our people” to a global audience.

Before the Jerusalem time trial, a 14km cycling trail in the Haruvit Forest was named after the late Italian cycling legend and Righteous Among the Nations, Gino Bartali, at a ceremony at Yad Vashem attended by his granddaughter, Gioia.

Bartali won the Giro d’Italia three times and the Tour de France twice, and used his sport to save hundreds of Jews from Nazi persecution by cycling through Italy to carry messages and false documents to the Italian Resistance.

It was discovered, a decade after his passing, that Bartali hid a Jewish family during WWII. 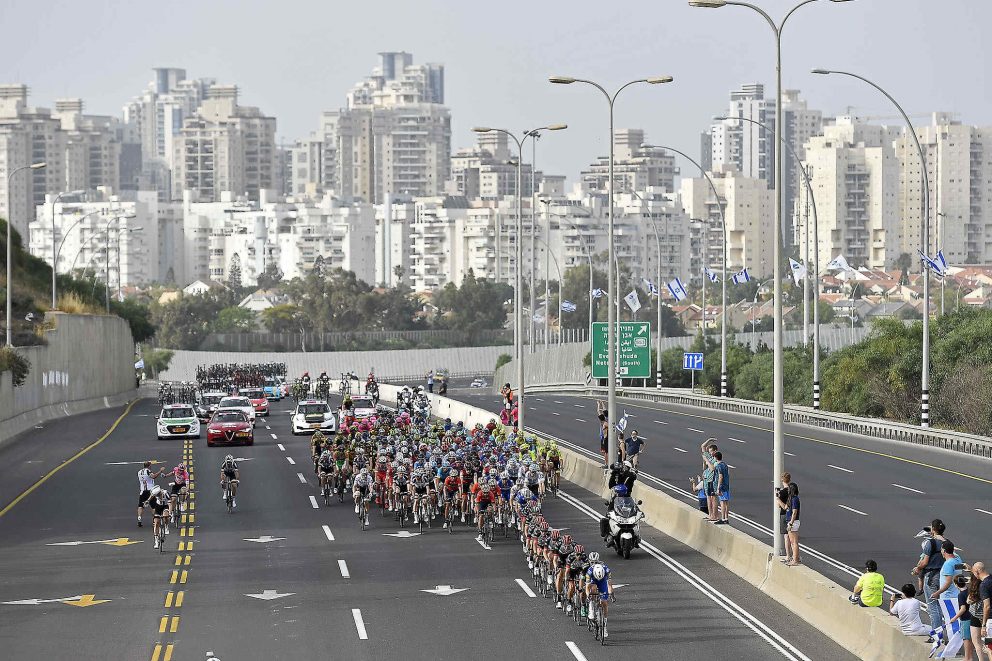