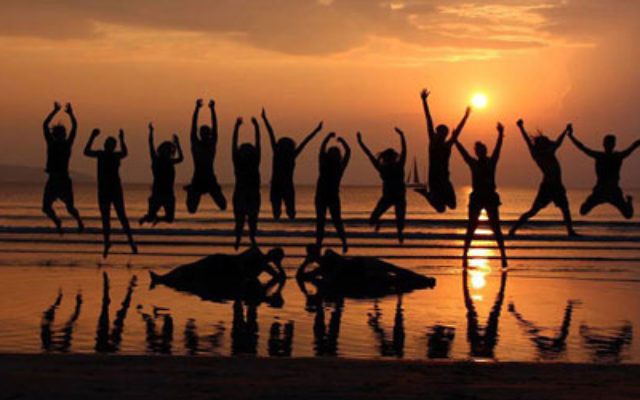 A VISIT to Israel’s first museum dedicated to design, the Design Museum Holon which opened in 2010, was one of the highlights of Diane and Peter Shonberg’s visit to the Jewish State last October.

Her prize is a three-day holiday at the five-star Palazzo Versace hotel on the Gold Coast.

“It’s a great thrill to win,” said Diane, from the Melbourne suburb of Bentleigh. “The museum is south of Tel Aviv and has an amazing range of modern design.”

The luxurious Palazzo Versace, which opened in 2000 at a cost of $300 million, has 200 spacious hotel rooms and suites, plus self-contained two-bedroom and three-bedroom condominiums.

From the opulent foyer with its chandelier to the lagoon swimming pool complete with sandy beach, it’s the perfect place to relax, and it was designed in the distinctive Italian style and vision of Gianni Versace.

There’s fine dining at the Vanitas restaurant and more causal fare at the Vie Bar overlooking the marina and Broadwater.

The prize for the best sunset photo was won by Bryce Kenny of Caulfield North for his entry featuring his Habonim Dror friends at Argamon beach in Akko in northern Israel taken last November.

He wins a three-night stay for two people at The Reef House in Palm Cove, north of Cairns. The prize at the luxury hotel includes continental breakfast, free wifi, complimentary Brigadier’s Punch and a dinner at the Reef House Restaurant.

“It was taken towards the end of our Shnat program near the house where we lived for five months of the program,” said Kenny, 19, who is a former Mount Scopus Memorial College student and this year is studying for an arts degree at Monash University.

The Reef House is a colonial-style luxury hotel with 69 rooms and suites is the perfect place to relax, situated on the beachfront in Palm Cove, which has a seaside village atmosphere.

The hotel’s central feature is the large swimming pool, framed by shaded pathways and tropical gardens. Many of the rooms and suites come with an oversized spa.

The competition was judged by a panel and AJN readers. There was also a prize for a lucky voter — Lilly Kochen of Caulfield won a two-night stay at the luxury Peppers Beach Club in Port Douglas.

Peppers Beach Club is a relaxing resort with open-air design set in lush tropical gardens. It features a lagoon pool with sandy beach, making it ideal for families.

Accommodation is in a choice of suites from one bedroom to three bedrooms in size, with views of either the lagoon or the gardens. The resort’s Exclusive Spa is a haven, offering a range of relaxing health and beauty treatments.

Port Douglas has a delightful holiday atmosphere with a range of quality restaurants, cafes, bars and shops. The town is an ideal base for trips to the Great Barrier Reef and the World Heritage-listed Daintree Rainforest. 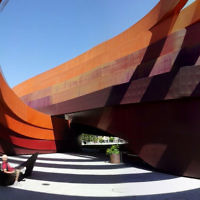 Winning holiday photo of Peter Shonberg at the Design Museum Holon in Israel. 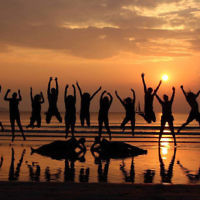 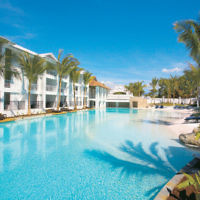 The lagoon at Peppers Beach Club in Port Douglas. 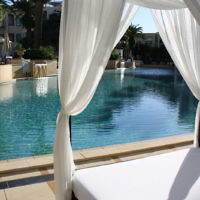 Poolside cabana at the luxury Palazzo Versace hotel on the Gold Coast. 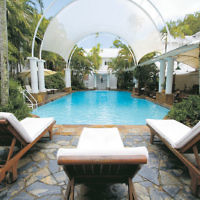 Relax by the pool at The Reef House in Palm Cove, Queensland.