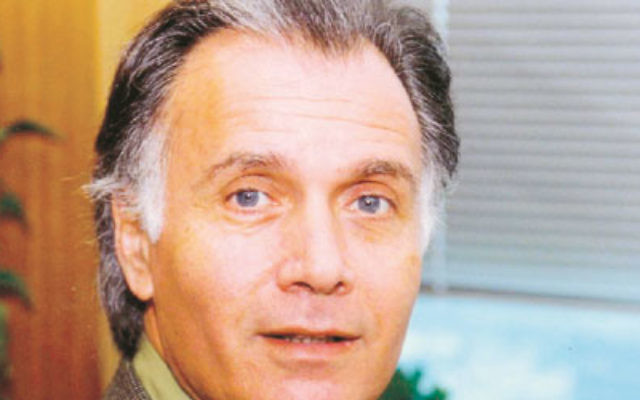 ISRAELI composer Kobi Oshrat’s musical tribute to Polish wartime resistance fighter Irena Sendler, who smuggled more than 2500 children out of the Warsaw Ghetto to safety, will be performed at a concert at the Melbourne Recital Centre this week.

Oshrat is making his first visit to Australia to conduct Orchestra Victoria in the Australian premiere of his work, A Ray of Light Through the Darkness.

“I’m very excited – it’s a special piece,” said Oshrat from Tel Aviv last week. The 20-minute work is one of the highlights of a concert that has been organised by the Israeli and Polish embassies.

“My background is in the pop music, not classical, so it was a challenge to compose this piece,” said Oshrat. “I took the story and described it in the music, which starts with an overture, then there’s an excerpt from her speech and a musical flashback to the war. I wrote it like a movie score.

“In the middle there are two vocal arias – the first is titled You Should Love Thy Neighbour – that are performed by talented Israeli soprano Karin Shifrin.”

When Germany invaded Poland in 1939, Sendler joined the Polish Underground. Working as a Catholic social worker, she smuggled about 2500 Jewish children out of the Warsaw Ghetto into the sanctuary of Polish families, orphanages and convents until arrested and tortured by the Gestapo in 1943. She managed to evade execution and for the remainder of the war lived in hiding.

In 1965, Sendler was recognised by Yad Vashem as one of the Righteous Among the Nations and was also nominated for a Nobel Peace Prize. She died in Warsaw in 2008, aged 98.

Oshrat said he did not have an opportunity to meet Sendler before her death, but had a meeting with her daughter Janka when he visited Poland for the premiere of A Ray of Light Through the Darkness in 2009.

Oshrat was born in Haifa in 1944. After an early career on the Israeli stage, in 1969 he began focusing on composing and arranging music for radio, TV, film and advertisements. He achieved international fame when his composition, Hallelujah, won the 1979 Eurovision Song Contest for Israeli group Milk And Honey.

“I have written more than 1000 songs, but Hallelujah is the biggest seller. There are more than 400 cover versions of it around the world.”

Three years ago, the manager of Israel’s Raanana Symphony Orchestra, Orit Fogen, invited Oshrat to compose a work for the Polish government.

“It was a big challenge as I am  not from the classical world – it took me four months to write it.”

A Ray of Light Through the Darkness was first performed in Poland in 2009 in a series of concerts and then had its Israeli premiere in Tel Aviv in 2010.
“The whole tour of Poland was very moving. It is important to keep the memory of Irene Sendler and what happened in the Holocaust on the surface all the time. That’s why I am thrilled to be coming to Australia for the concert,” he said.

The concert at the Melbourne Recital Centre will include Suite Polonaise (Suita Polska), a 1936 composition by Polish composer Simon Laks, and Jewish folk music performed by Oshrat.

There will also be a video message from Irena Sendler’s daughter Janka from Warsaw and personal tributes from people including Righteous Polish-Australian Adrian Vanas.

Israeli Ambassador Yuval Rotem and Polish Ambassador Andrzej Jaroszynski will speak at the concert, which has been organised in cooperation with the Zionist Federation of Australia, the Jewish Holocaust Centre and the Polish Community Council of Victoria.

A Ray of Light Through the Darkness will be performed at the Melbourne Recital Centre, Southbank, on Thursday, July 5 at 7pm. Bookings: www.melbournerecital.com.au.