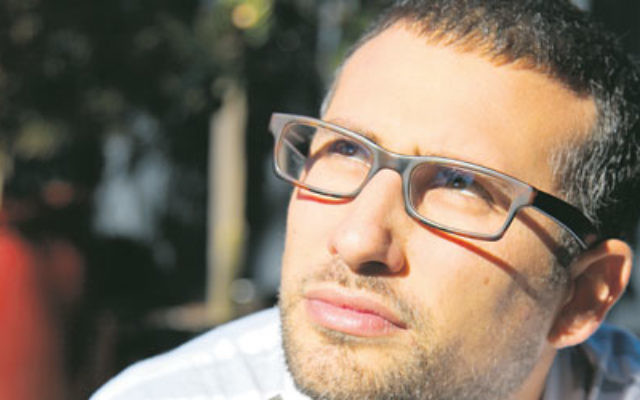 MELBOURNE comedian Jeremie Bracka will once again delve into the comedic side of the Israeli-Palestinian conflict as his one-man show Arafat in Therapy launches its second season.

Bracka performed Arafat in Therapy in 2011 at Theatre Works and has revised some of the sketches.

“It very much showcases and expresses different perspectives around the conflict,” explains Bracka, who describes himself as a lawyer by day and an actor at night.

“I’m interested in humanising the characters through comedy and through laughter.”

Bracka trained as an actor at the National Theatre School of Performing Arts and has a masters of law from New York University.

His original one-man shows include Lox, Shmocks and Two Smoking Salmons and Enough About Me … Let’s Talk About Jew.

Bracka’s professional career as a lawyer in Israel and the United Nations has played an integral role in shaping this production.

“It really resonates with me because it reflects my professional experiences as well as my artistic ones,” says the 35-year-old.

“In some ways the show is really about Jeremie in therapy,” he quipped.

For the new Melbourne season of Arafat in Therapy, Bracka has worked with director Pip Mushin and musical accompanist Tomi Kalinski.

“This show has a more serious dimension than the last one. It takes the audience to a deeper place, where both the central Israeli and Palestinian characters talk about some of the loss they’ve experienced in the conflict,” he says.

Arafat in Therapy will be touring to Sydney, Auckland, Tel Aviv and Jerusalem following the Melbourne season.

“People assume that being a lawyer and being an actor are very different things, but I think they’re very similar,” Bracka says.

“They’re both about expressing ideas, advocating positions and engaging people to think about certain things.”

Arafat in Therapy is at Chapel off Chapel, Prahran from June 4-9. Bookings: www.chapeloffchapel.com.au.  The show is at Sydney’s Parade Playhouse from July 10-14. Bookings: www.ticketek.com.au