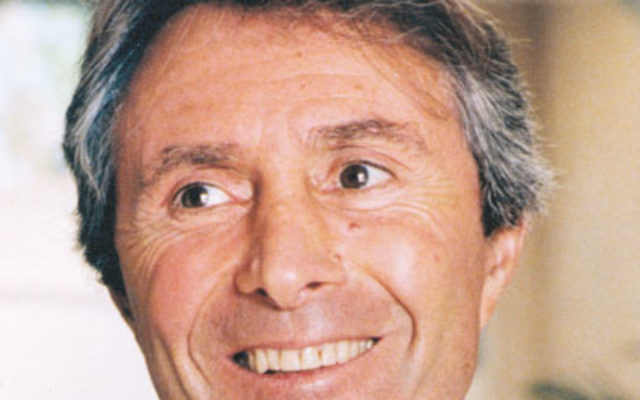 FEW contemporary writers and directors of comedies for the screen can outrank Francis Veber, the grand master of French comedy, in his ability to make audiences roar with laughter yet empathise with buffoons and brutes as he exemplifies the human condition.

Daniel Auteuil played Pignon in The Closet and Moroccan-born Jewish actor Gad Elmaleh in The Valet. But no matter who plays the bungling Pignon, the purpose of the character is clear: to play the Chaplin-like “little man” in stark contrast to a macho bully (played by Gerard Depardieu in the early films with Pierre Richard). Thrown together by forces beyond their control, the two must find a way to coexist, and in the process grow protective and even fond of each other.

Veber believes this coupling of opposites, cruelty with humour, is the “foundation of comedy” and sees German-born director Ernst Lubitsch’s To Be or Not To Be, made in 1942 and set during the Nazi occupation of Poland, as a powerful example of how these opposites work.

“The more tragic it is, the better for laughs,” explains Veber, who was in Australia this month giving master classes at the Melbourne International Film Festival.

Veber was born in the western suburbs of Paris in 1937 to a Jewish father (Pierre-Gilles Veber, who scripted the eight-episode serial adaptation of Fanfan La Tulipe in 1925) and an Armenian-Russian mother (also a writer). Only the fact of his being baptised at birth saved his family from the fate that awaited many Parisian Jews during the war, as shown so chillingly in the recent French film The Round Up.

“I have two lamentations in my blood,” Veber explains as we meet over coffee. “The Armenian genocide (by the Turks in 1915) and the Jewish genocide. What else could I do but turn to comedy? I remember my father hiding in the back of our Paris apartment throughout the war. If he was picked up, my mother could have been sent to a concentration camp. It was a nightmare; it’s impossible not to be affected by it.”

His great-uncle Tristan Bernard, the brother of his maternal grandmother, was a French Jewish humorist who had a Paris Theatre and a street named after him.

In World War II, Bernard was rounded up at the Velodrome with thousands of other Jews and sent to Drancy (the primary internment camp in the Paris region) where he would have been deported if not for the intervention of powerful literary friends, among them Jean Cocteau.

“He survived, but many of my relatives were lost this way (through deportation). Even for my family it was a disaster, although we were personally safe,” says Veber.

For Veber, humour is a defence against despair. He tells me the joke about two Jews who are brought into a square to be executed by a firing squad. As they are blindfolded, one of the Jews says to the other that he would love a cigarette, and his friend says: ‘Don’t look for trouble!’

“I love this joke – don’t look for trouble,” he says. “Jewish humour is so philosophical and profound. It’s a reflex – so Jewish – to laugh about very serious things.”

This is the space where Veber’s foolish, seemingly ineffectual, but ultimately triumphant alter ego Pignon comes from. He identifies strongly too with the ageing gay characters in La Cage aux Folles and the sequel, for which he wrote the screenplay from Jean Poiret’s play.

But this impulse, and the great creativity it unleashes, comes not only from Veber’s Jewish-Armenian background, but also from something in his own make-up.

“I have what psychiatrists call mild depression,” says Veber. “This can give me a hard time. You say to yourself in the morning: what do I want to do today? You get up, wash yourself, and then set to work. It’s hard. I have to work in solitude. People want to laugh, and I have to make that comedy work.”

What makes Veber’s comedy work so well is his drive for perfectionism, coupled with his gift for economical use of action and words. His films are short but energetic, studded with larger-than-life performances and hilarious, escalating situations. It was these qualities, and the success of his three films with Richard and Depardieu, that led to the invitation by Jewish-American movie mogul Jeffrey Katzenberg in 1985 to make movies in America.

Veber and his wife of 42 years, Francoise, have been living in Los Angeles for 25 years. There he writes in splendid isolation – each script for stage or screen taking a year to complete – before returning to France to shoot them.

“Everything is easy in America; the house, getting parking spaces. When you are working, you can go to your swimming pool and swim,” he says.

According to Veber, only two of the eight American remakes of his films have been successful. Three Fugitives (1989), written and directed by Veber and starring Nick Nolte, was a hit. Not so Dinner for Schmucks (2010), directed by Jay Roach (Meet the Fockers, Austen Powers: The Spy Who Shagged Me), which Veber is at pains to disown.

Dinner for Schmucks was based on The Dinner Game (1998), which began life as a stage play and established Veber’s name in Australia.

“That film had nothing to do with me,” says Veber. “I was only the scriptwriter of the original film. It’s the producer who owns the rights. I said to them (Roach and his company), ‘Do what you want’, and they did what they wanted, and it was terrible. French cuisine turned into ketchup!”

Similarly unsuccessful was the great Billy Wilder’s Buddy Buddy (1981) starring Jack Lemmon and Walter Matthau. The script was written by Wilder, based on Edouard Molinaro’s L’emmerdeur, which Veber had adapted from his play Le Contrat.

Veber made his own version of L’emmerdeur (A Pain in the Ass) in 2008. And what does he think of Wilder’s version? “It was Wilder’s last film – I think it killed him!”