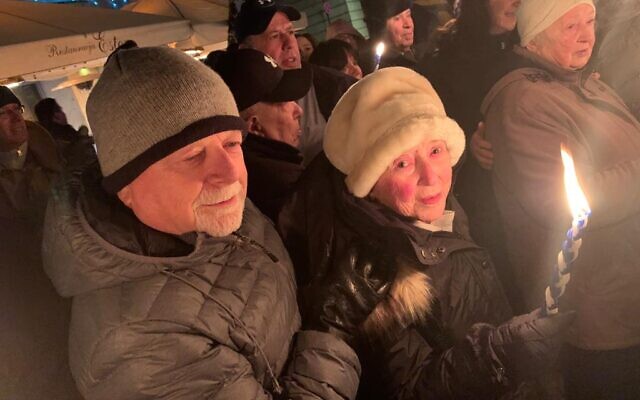 Yvonne Engelman, pictured with her son Michael, holds a candle during a havdalah service in Krakow last week.

“I HAVE no graves to go to and I know my parents were murdered here and burned. So this is how I pay homage to them.”

Seventy-five years after Auschwitz was liberated, 92-year-old Shoah survivor Yvonne Engelman returned on Monday to the very site where she lost her family, and almost her own life.

“It was very emotional,” Engelman told The AJN from Poland this week, after attending an official ceremony marking the anniversary and International Holocaust Remembrance Day. 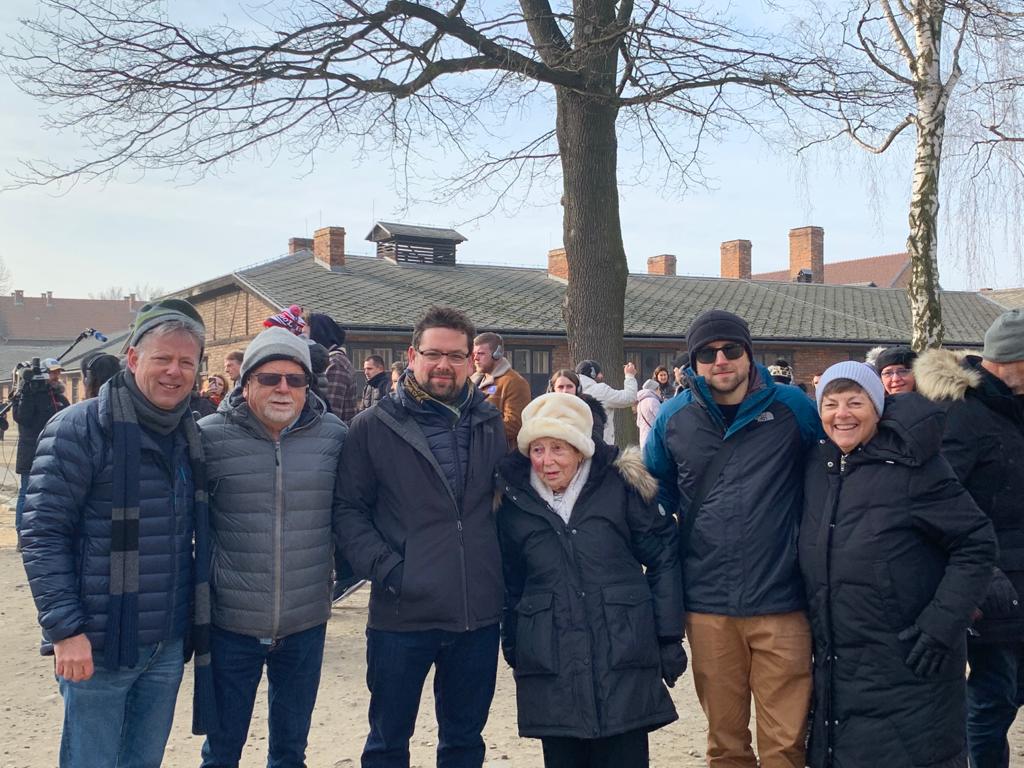 Yvonne Engelman and her family at Auschwitz.

She said it was particularly difficult during Kaddish as she was “thinking of my parents who did not survive”.

“Today, standing here, after all the years, it’s very painful but I have survived, I’m here, I was able to make the journey, I am surrounded by my children, grandchildren and the spouses of my children so I am the victor,” Engelman said.

Recalling the horrors of the camp, Engelman said, “We could hear children coughing, crying, choking from the gas and also the smelling of the human flesh and the great fear, what we experienced, is that maybe you will be the next victim.”

Aged just 15, Engelman narrowly escaped death when a gas chamber she was sent to malfunctioned. 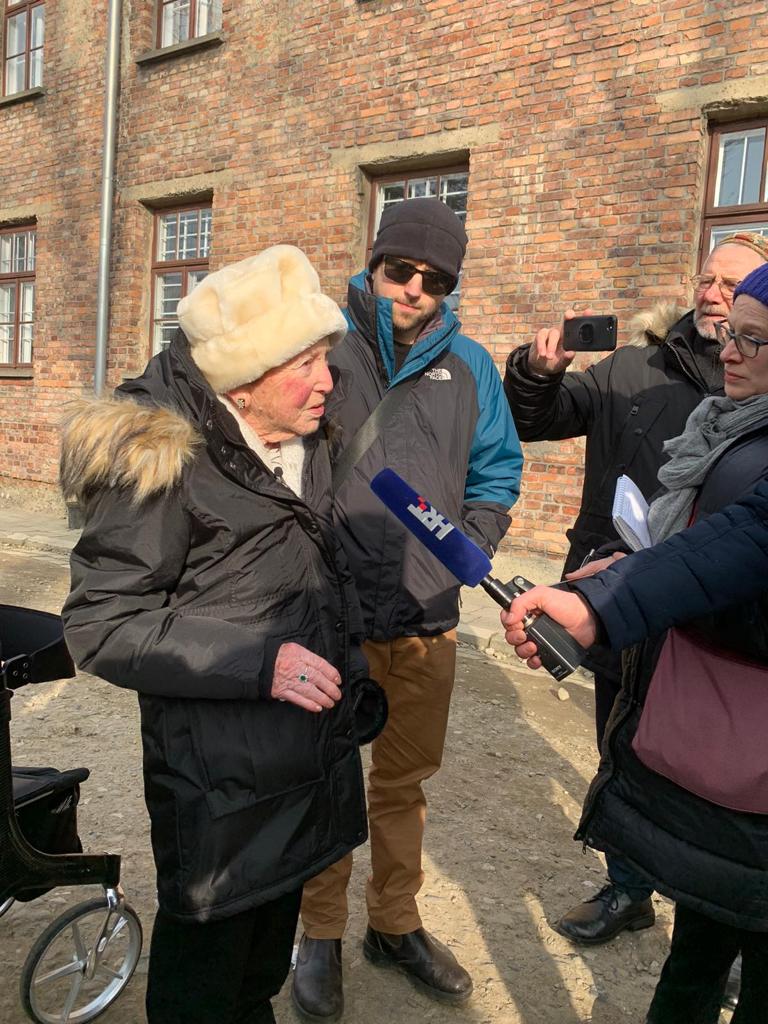 “The gas didn’t work … How can you explain that? You can’t. I was meant to survive, maybe it’s a miracle but I did survive and I am here.”

Asked by The AJN if the world had learned the lessons of the Holocaust, Engelman replied, “Not really. But hopefully with all this coverage and our youth taking up the challenge, we might have a chance.”

Her message to future generations is “not to be bystanders”.

“If they see something is not right, stand up and voice their opinion and never, never hate.”

Engelman was joined at the commemoration by Australian Senate president Scott Ryan and Australia’s ambassador to Poland Lloyd Brodrick, together with Executive Council of Australian Jewry deputy president Robert Goot and other Australian delegates. 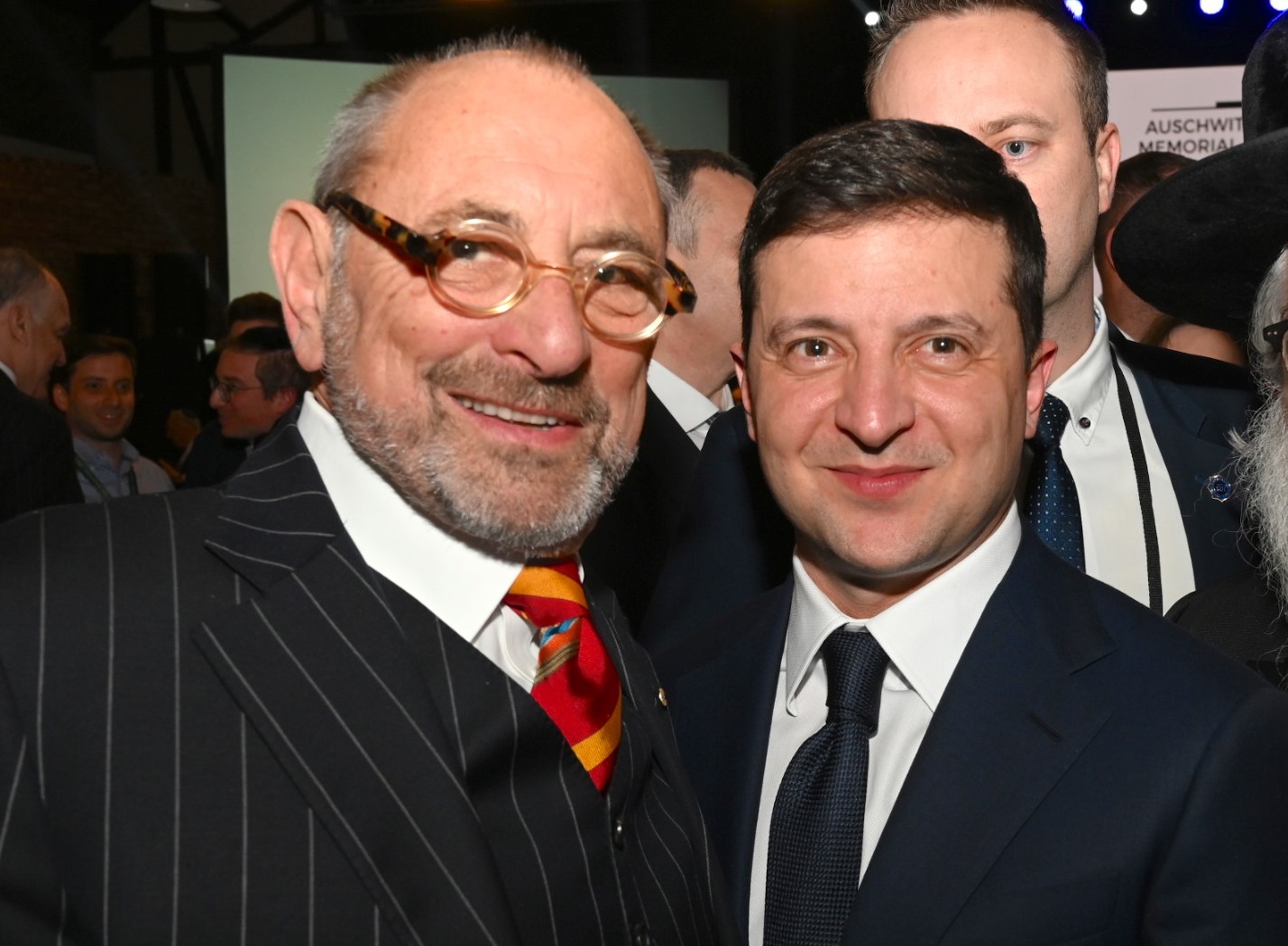 Reflecting on the “very humbling” event, Goot told The AJN he was overwhelmed by the strength and resilience of survivors.

“You’re looking at a group of people, the likes of which we are unlikely if ever to encounter again because they have climbed out of an abyss, they have made lives for themselves, they have continued with life with optimism, with courage, with great determination and with humanity,” Goot said.

“It’s absolutely striking how all the [survivors] I spoke to manifested those characteristics.”

He recalled how at a dinner prior to the commemoration, a survivor was called up to the stage together with their family “and there were 40 people there”.

“You realised just what it was that the Jewish community missed out on by being deprived of six million … the sheer size of what one survivor could contribute to Jewish continuity.”

“You can never completely eradicate an irrational hatred that has existed for over 2000 years,” Goot said.

“You can try and modify it, you can legislate against it, you can try and prevent it manifesting itself on social media, but you will never eradicate it. There will always be obstacles and it will transmute and transform into different manifestations.

“That’s not to say that we give up. On the contrary, we double our efforts.”