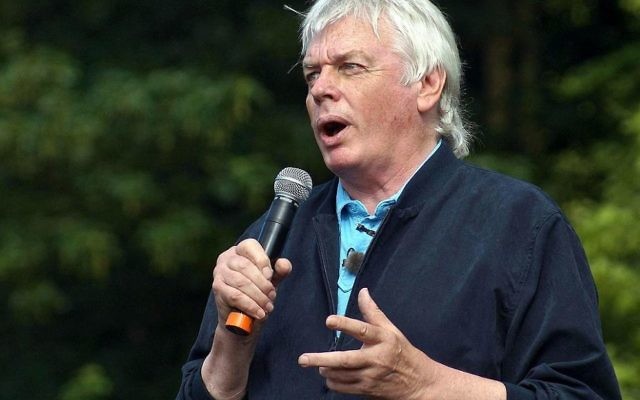 A British lecturer, infamous for preaching antisemitic conspiracy theories has had his visa revoked.

David Icke was due to visit Australia for a speaking tour in March. However he will not now be able to enter the country.

As The AJN reported last month, Icke has labeled Judaism an”incredibly racist religion” and wants Holocaust denial to be taught in schools.

He has also claimed that “Rothschild Zionists” secretly dominate the world and that Jews bankrolled Adolph Hitler.

Dvir Abramovich, chair of the Anti-Defamation Commission, who called on Immigration. Minister David Coleman to revoke Icke’s visa, said, “Bravo Minister Coleman for heeding our call and for declaring in a loud voice that antisemites and Holocaust deniers will never find a home in Australia.

“This was a defining moment for who we are as a nation, and we salute the government for taking a clear-eyed and moral stance in rejecting hate and incitement. Allowing Icke into our country would have crossed red lines and would have sent the message that it is open season on the Jewish community and that  vilifying and maligning Australian Jews is ok and normal.”

He added, “. I’d also like to acknowledge the role Kate Ashmor [Liberal candidate for Macnamara] played in closing the lid on this troubling saga. This is a glorious victory for all Australians who believe in the core values of respect and tolerance.”

Josh Burns, Ashmor’s Labor rival for Macnamara, said, “After ignoring our repeated requests, the Minister has finally backed down and reversed his decision to grant David Icke a visa.”

“David Icke has called for Holocaust denial to be taught in schools and has actually written about bloodthirsty Jewish ‘lizard people’ controlling the world.

“Neo-Nazis recently marching in St Kilda should be enough of a reminder that we don’t need Mr Icke’s ugly hate coming to our proudly multicultural Australia.”​