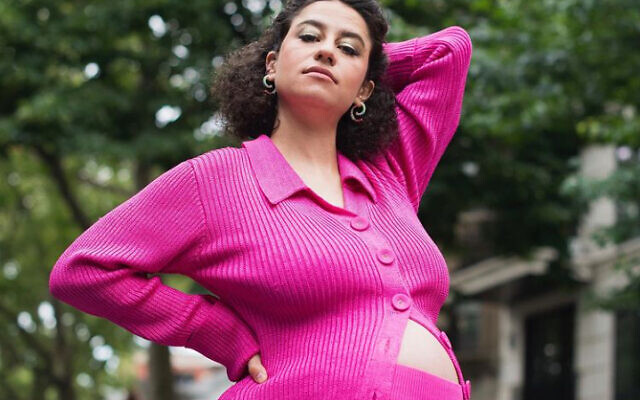 The Broad City star, 34, shared the happy news on Instagram last week with a photo of herself breastfeeding the new bub. “Been breastfeedin’ in compression socks for the past 3 weeks, hbu?” she posted.

This prompted plenty of replies from fellow celebrities, with Chelsea Handler writing “Same minus the socks. You look adorable”, while Julia Louis- Dreyfus, Katie Couric and others also commented.

The proud dad is Glazer’s husband of four years, biotechnology entrepreneur David Rooklin. The couple met in 2012 and wed in 2017.

While the happy couple has not yet revealed the baby’s gender or name, the new mum told Page Six two weeks before her due date, “I’m feeling a boy but I have no idea, obviously.”

But she told Page Six it was definitely not planned that way.

“COVID pushed it back, so I did not want this, but it’s absurd and kind of hilarious how it came out. I’m thrilled – two babies at once,” she said.