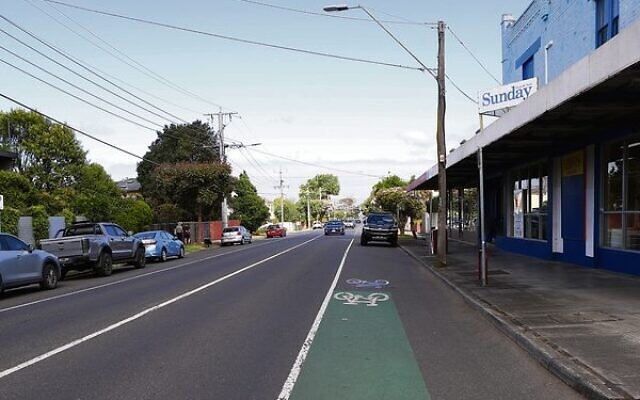 Local residents, including members of the Jewish community, have welcomed a motion passed by Glen Eira City Council to cease all work on the Inkerman Road safe cycling corridor project and to no longer proceed to community consultation on the matter.

The residents had objected to the proposal of a separated bike lane due to concerns it would limit street parking and be unsafe for pedestrians.

Director of the Kimberley Gardens hotel on Inkerman Road, Shimon Manshari, said, “Finally common sense prevails, the councillors have come to their senses.”

Manshari said that the bike path was going to “damage establishments like Kimberley Gardens, or the synagogues, churches, kindergartens, even visitors to homes on Inkerman”, and that the “number of bike riders was so little to sacrifice so many car parks”.

He added that it was the local residents of Inkerman Road that “brought the council to understand that the community does not want that”.

The plans had been ongoing since early 2019, with a motion passing in February 2020 to continue designing the bike path with the assistance of a community reference group.

Former councillor and mayor Jamie Hyams, who previously supported the bike path design process going forward, said despite this he would have voted in favour of the motion to cease work on the bike path as it “unduly inconvenienced the residents”, of Inkerman Road and the “increase in cyclists was not as significant as hoped”.

The cost of the project was also much higher than initially predicted with two presented options coming in at over $14 million each.

Speaking personally, Zmood said, “Councillors listened to the community and the decision is a result of the democratic process.”