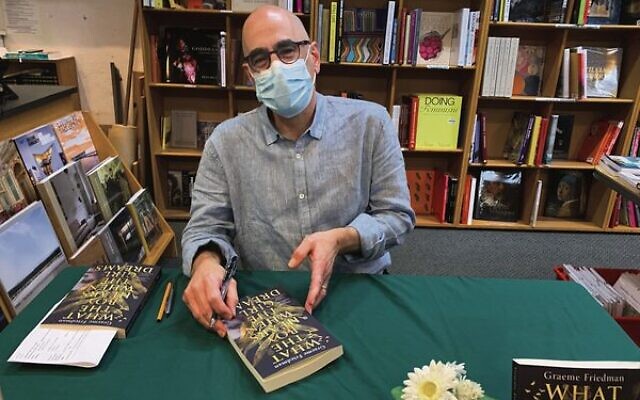 Graeme Friedman grew up in apartheid South Africa. During the height of the civil war in South Africa, he was engaged as an expert psychology witness in the political trials of freedom fighters, where he was, on one occasion, likened to a communist, because he was a Jew appearing in the defence of Black ‘terrorists’.

“I joined a social service organisation and used my training as a clinical psychologist to support communities and anti-apartheid activists suffering from torture and various forms of state brutality,” he recalled.

“In one trial of two African National Congress guerrillas who had planted landmines on the country’s northern border, the state prosecutor opened his cross-examination by asking me the question that tyrannical, antisemitic regimes throughout history have asked: ‘Are you a Jew?’ I replied in the affirmative, and his next question was, ‘Do you consider the oath to be binding on your conscience?’

“The prosecutor’s point to the right-wing judge was that, since I was Jewish, and appearing in the defence of Black ‘terrorists’, I must be a communist and no different to the men in the dock, and the judge shouldn’t believe a word I said.”

Suffice to say, Friedman has had plenty of life experiences from which to take his fictional inspiration.

As a child, he told The AJN, he would lie awake in his bed for an hour or two making up stories in his head, an attempt to “make sense of a difficult childhood”, explaining that his father passed away when he was eight.

Friedman, who moved to Australia with his family in 2001 and whose children now attend Emanuel School, explained that storytelling helped make him feel better as a child, and now, it’s the same feeling – only the stories are out in the world.

“Writing is a passion and an addiction,” he said.

“It feels like a drug withdrawal when I’m not doing it.”

Friedman explained that publishing is a fickle game, a precarious business, one that takes perseverance, a thick skin and some serious luck. He had a few short stories published and won a couple of awards, which led to his first book, Madiba’s Boys, which featured a foreword by Nelson Mandela.

However, Friedman said his latest novel, What the Boy Hears When the Girl Dreams, is different to anything he’s ever written before. 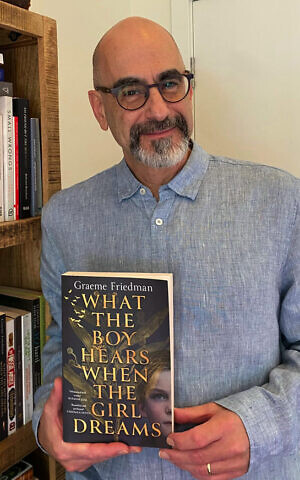 “Somewhere in the writing of it, the story seemed to take over, and I found myself taking a back seat – or that’s what it felt like, anyway. Of course, this is just a writer’s way of saying I didn’t let worries about whether the book would sell get in the way,” he said.

“It meant giving free rein to my imagination, and that felt like a delight when I found myself surprised by the turns the book took. I’ve had a lot of readers tell me that the book has moved them to tears, and I wonder whether this is because I felt moved to tears when writing it.”

While Friedman usually has a fair idea of the themes, structure and plotline he’s going to bring together in his fiction writing, with What the Boy Hears When the Girl Dreams, his usual planning was abandoned much faster than ever before.

As Friedman explained, the book deals with themes of social justice, racism and abuse of political power.

“I wanted to challenge myself to write a story about the adult world, but from the perspective of a child and was looking for something that would define the way Finn, my 12-year-old protagonist, learns about relationships, love and about the fractures in society,” he said.

“I happened to hear a radio report on an actual rare medical disorder that results in super-hearing, and it was one of those wonderful ‘ah-ha, I have it!’ moments.

“And so, Finn ends up hearing his father’s therapy sessions, his parents’ private fights and the dream-talk of the family’s lodger, an African asylum seeker.”

The story, which is set against the political backdrop of the race riots in Sydney in 2005, has been described as “whimsical and tender” and “a richly complex and lyrical novel” by fellow authors.

While What the Boy Hears When the Girl Dreams deals with big themes, it shows just how our little people cope with what can often be a very broken world.

What the Boy Hears When the Girl Dreams is published by Serenity Press, $32.95 (rrp)