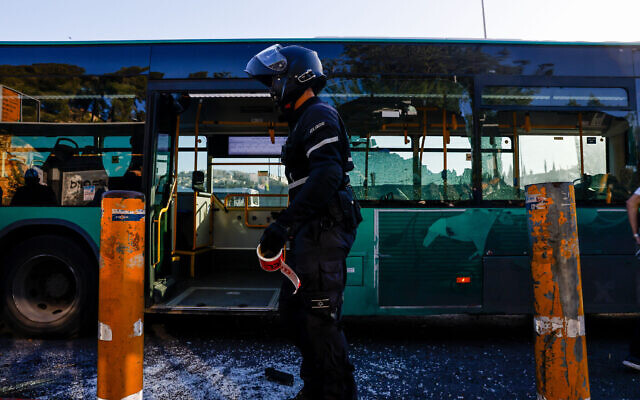 Police and security personnel at the scene of a suspected terror attack in Ramot, Jerusalem. Photo: Olivier Fitoussil/Flash90

Australia’s condemnation has happened alongside the US, Canada and other countries who have condemned the twin bombings that killed a teen and wounded nearly two dozen others, as some expressed worries that the attack would spark an intensified round of conflict.

Aryeh Schupak, a 16-year-old yeshiva student from the capital’s Har Nof neighborhood and a Canadian citizen, was killed in the bombing attack at a bus stop near the main entrance to Jerusalem. At least 22 others were wounded in that attack and a separate coordinated bombing shortly after at the busy Ramot Junction in the capital, including several in critical or serious condition.

They are acts of cruelty, calculated to kill and terrorise civilians, and to destroy the bonds of trust between neighbours. Our thoughts are with the victims & their families.

Australia stands with Israel against terror.

Canadian Prime Minister Justin Trudeau tweeted that he was “incredibly saddened” to hear of Schupak’s death. “I’m sending his family and friends my deepest condolences,” Trudeau added, stating that “Canada condemns this violence in the strongest possible terms.”

In a statement, White House press secretary Karine Jean-Pierre said the US condemns “unequivocally the acts of terror overnight in Jerusalem.”

Jean-Pierre added that the US “has offered all appropriate assistance to the Government of Israel as it investigates the attack and works to bring the perpetrators to justice.” 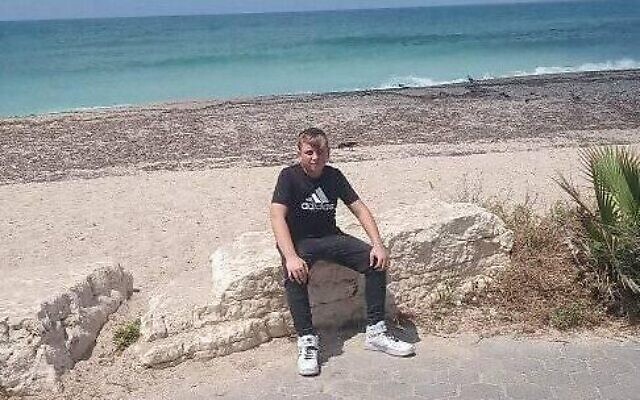 16-year-old Aryeh Schupak, killed in a bombing attack at the entrance of Jerusalem, November 23, 2022. Photo: supplied

US Ambassador to Israel Tom Nides said two of the wounded in the Jerusalem bombings were American citizens but indicated that they were expected to recover.

Nides said he was “appalled by the cowardly terrorist attacks in Jerusalem today that targeted innocent civilians, including children.”

Canadian Ambassador to Israel Lisa Stadelbauer called the attack “reprehensible”  and confirmed that Schupak was a dual Israeli-Canadian citizen. Condemning “all forms of terror,” the envoy sent condolences to Schupak’s loved ones and to those injured in the twin bombings.

Our thoughts are with those affected by the shocking attacks in Jerusalem this morning. Such violence is never acceptable. Police continue their searches. Australians in the Jerusalem area should remain vigilant and follow the advice of local authorities.

UK Ambassador to Israel Neil Wigan said he was “shocked by the terrorist attacks” in Jerusalem on Wednesday.

“Our deepest sympathies to those affected and their families and friends,” he tweeted from his personal account in both English and Hebrew. “The UK stands with Israel against terrorism.”

In a statement, the European Union’s diplomatic arm said it “condemns in the strongest possible terms” the terror attack.

“We express our deepest condolences to the families of the victims and wish a speedy recovery to all the injured,” the European External Action Service (EEAS) said in a statement. The EU added that it was “worried about the dangerous escalation of violence in Israel and the occupied Palestinian territory,” and stressed that it is firmly committed to the fight against terrorism.

Tor Wennesland, the UN special coordinator for the Mideast peace process, also condemned the “horrific terrorist attacks in Jerusalem,” and sent his “deepest condolences to the family of the victim.” Wennesland added that “terrorism [and] violence against civilians can never be justified.”

While Ukrainian-Israel ties have been fraught in recent months, Ukraine’s Embassy in Israel said it was “deeply saddened by the deadly attacks in Jerusalem.”

“Terror has no justification,” the embassy wrote in English and Ukrainian in a Facebook post. “Every human deserves peace.” 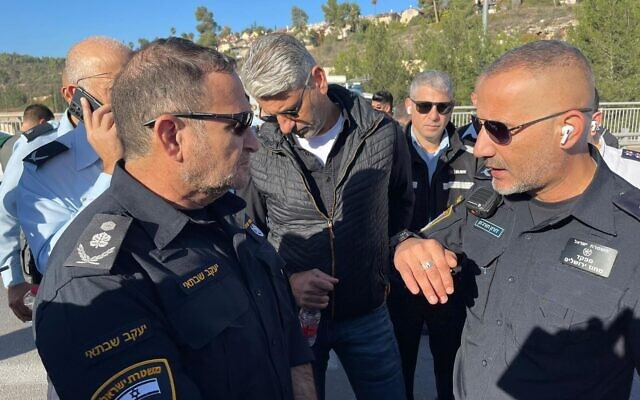 Turkey, another nation with bumpy relations with Israel, said it “condemned the terrorist attack targeting civilians” and wished a speedy recovery to those injured and condolences to the family of the teenager who was killed.

Ankara added that it was “deeply concerned about the recent escalating tension in Jerusalem and the West Bank” and the ongoing loss of life.

Tweeting in French and Hebrew, the French Embassy in Israel lamented that “Jerusalem was once again struck this morning,” condemning the “indiscriminate and shocking” bombing attacks.

ZFA President Jeremy Leibler said, “We mourn the murder of a child in Israel’s capital, and the injury of so many others, and stand with Israel and all people of goodwill who condemn these terrorist attacks. As Golda Meir said, ‘There will never be peace until Palestinians love their children more than they hate ours.’ We extend our deepest condolences to the family of 16-year-old Aryeh Shtsupak. Our thoughts are also with all those who were injured.”

Meanwhile, many Australian schools with students in Israel on study tours, have sent parents emails and shared posts on social media explaining that tours will go ahead as normal, albeit with stricter security measures.

There were no immediate claims of responsibility following Wednesday’s bombings, but the Hamas terror group hailed the attacks.

A senior Israel Police officer said police were hunting for an organised terror cell that detonated two “high quality” explosive devices. The head of the police operations division said the “powerful explosive devices [capable of producing] a high level of damage” were hidden behind the bus stop and in a bush.

The remotely detonated devices were packed with nails to maximize casualties, according to police officials.

Due to the nature of the attack with two near-identical bombs exploding within half an hour of each other at two bus stops, Deputy Commissioner Sigal Bar Zvi said police suspected an organized cell was behind it, rather than just one person.

“I believe we will capture the terror cell,” she said.

Bombings on buses and in public places were a hallmark of the Second Intifada from 2000 to 2005, but mostly subsided over the last 17 years, which Israeli officials attributed to increased security measures, including the West Bank security barrier, and better intelligence.

Lazar Berman and Emanuel Fabian contributed to this report.