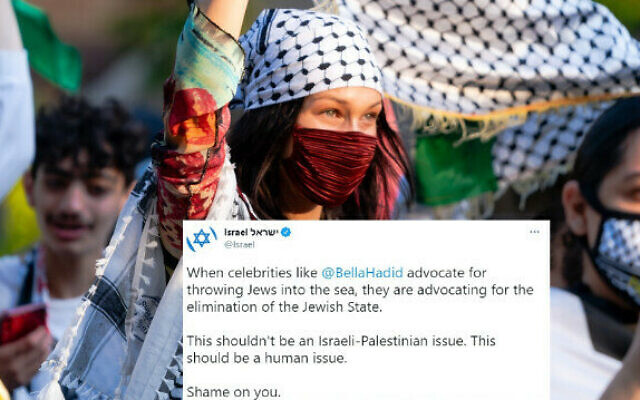 LIKE many of us, I’m trying to make sense of the past weeks since the latest explosion of violence between Hamas and Israel.

We’re not only left bewildered by the wall-to-wall media misrepresentation of the violence and the lead-up to it, but we’re also left shattered by the scale and ferocity of the hatred evidenced online, the eerily similar physical attacks on Jews around the world.

As supportive as the Australian polity has been and as grateful as we are for our government’s support, many of us feel largely abandoned by our friends outside of the Jewish community. Facts have been rendered worthless, our voice muted, our pain inconsequential.

The reality is that it’s unlikely that any of us can directly influence events in Israel. However, it has become clearer than ever that our ability to live safely, while being identifiable Jews in Australia, is intimately connected to our ability and willingness to defend our link with Israel.

We know the facts. The “atrocious, racist eviction of Palestinians” in Sheikh Jarrah, an eviction that hasn’t actually happened, was a flashpoint of pure confection.

In fact, it was Jews who were ethnically cleansed in 1948. What followed were the orchestrated riots at Al-Aqsa mosque – a mechanism to unite the broader Islamic community behind Hamas, and then the rocket barrage from Gaza, designed to both kill Israelis and induce a response that would inevitably create civilian casualties and feed – with grotesque cynicism – Hamas’s “dead baby” strategy.

And it worked brilliantly. The international media which dutifully reported on Israel’s “disproportionate response”, the human cost, the carnage in Gaza, largely ignored the fact that the citizens of a democratic country spent days and nights in bomb shelters, and completely ignored the reason why Gazans have no bomb shelters. Not through lack of money, but rather because Hamas needs Gazans to die to achieve its objective – the excision and destruction of Israel.

Online has become even more of a cesspool of antisemitism. Simplistic sloganeering and antisemitic hashtags such as #Hitlerwasright have been trending. People who’d never been motivated to tweet in the interests of Uyghur Muslims, Syrians, Yemenis, harnessed their outrage to the #FreePalestine cause, never once asking how free Gaza could be without the iron fist of genocidal Hamas in control. The adoption of #fromtherivertothesea as an eliminationist rallying cry is no longer limited to the extremists – it’s now broadcast broadly by those who understand the message and those who might not.

And these messages are spread, simplified and weaponised across social media. The messages are often short form, easily repeatable, requiring no understanding. And advocates for Jews and Israel are too often caught flat-footed, with messages that are too complex, too involved for sloganeering.

Put simply, we’re trying to fight a Twitter war with podcasts. It doesn’t work. So, what can we do about it? We are fortunate to have strong, capable representative organisations representing Israel, and the Jewish community. But the scale of those communicating Hamas’s narrative is enormous.

When American fashion model Gigi Hadid posted “You Will Not Erase Palestine” recently, she did so to a potential audience of over 66 million followers. Al Jazeera’s ‘youth brand’ AJ+ pumps out Israel-hate to its 11 million Facebook followers. We are up against it.

However, it’s not the Gigi Hadids that we’re going to be able to reach and influence. It’s those who follow her and not for her political views, that need to hear our side. In the short-form world, our messages need to be short, sharp and simple. And, crucially, we need to reclaim the legitimacy of our narrative.

We are not the occupiers, the colonisers, the oppressors. Israel, humane and desirous of peace, is the only country in the world that has the same name, language and religion that it did 3000 years ago, and in which Jews have had a constant presence ever since.

The restoration of Jewish national autonomy in our homeland is both central to our national and religious identity, and the legal basis for Israel’s existence – from the Balfour Declaration in 1917 through the San Remo Agreement and the League of Nations to the 1947 Partition Plan – is undeniable and irrefutable.

As the world increasingly questions Israel’s right to exist, the necessity to communicate the fundamental legitimacy of our nationhood clearly, simply and proudly is more important than ever.

The current ceasefire with Hamas is tenuous. Unless we make our voices heard, and counter with the truth, the next conflict involving Israel could have even graver implications with regard to our ability to continue to lead meaningful, safe and proud Jewish lives in Australia.

Gerard Max is a commercial media strategist. He is co-chair of Leibler Yavneh College, and has a keen interest in grassroots advocacy.