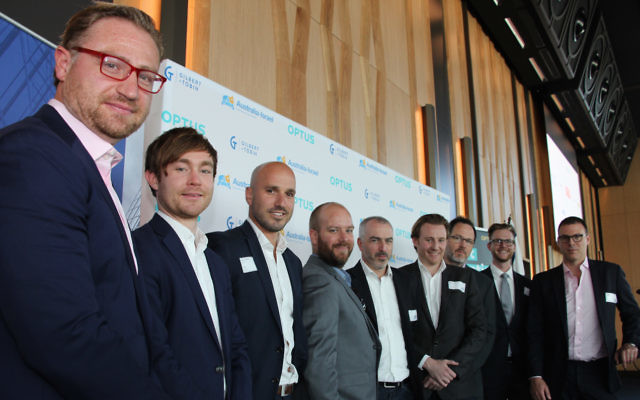 Reflecting on his “incredibly exhilarating experience” heading an AICC-hosted NSW trade mission to Israel earlier this year, Baird said “it seemed to me that almost every student I ran into in Israel was [saying] ‘okay, what is my startup going to be and how am I going to contribute and make a difference to the world?’”

“It was invigorating, and I want to try bring that culture, that approach, that DNA, here.”

eading startups at the Tel Aviv Landing Pad, but the skills and capacity to grow their businesses.

CapitalPitch co-founder Jeremy Liddle said, “We got to go to SOSA which is an amazing innovation hub in Tel Aviv with over 100 corporate partners, we got access to a lot of VCs (venture capitalists), we got connected to corporates like Cisco and Facebook and we got to visit Intel Innovate.”

Describing Israel’s “technology ecosystem” as “the best we’ve seen anywhere in the world,” he said, “We all feel like we’ve come back … as better entrepreneurs, and hopefully we can bring back a bit of chutzpah too.”

Liddle said startup Valient Finance has a potential partnership with a large Israeli startup that recently launched in the US, and “interestingly, [co-founder] Ritchie Cotton was saying that going to Israel gave him the confidence to reshuffle some resources – and he’s hired three people since he came back.”

Phriendly Phishing connected with one of the biggest cybersecurity companies in the world, and FlashFX formed a relationship with potential joint venture and global distribution partners.

“Because of this trip, we are now looking to hire 12 to 15 staff by early next year,” Yakutiel said.

AICC CEO Michelle Blum announced at the lunch the chamber has produced a quarterly Australian Innovation Index with Sky News Business and will send an inaugural Australian food and agriculture delegation to Israel on November 25.