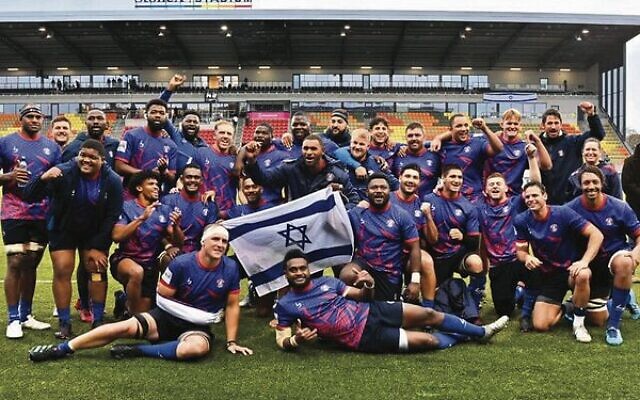 The Tel Aviv Heat rugby team, after their friendly win over Saracens in London on November 27. Photo: Tel Aviv Heat

After coming second in their four-team pool in the 2022 Europe Super Cup Rugby competition, the Tel Aviv Heat earned the right to play pool B leader, Portuguese club the Lusitanos, in a semi-final on December 4 in Lisbon.

Tel Aviv – Israel’s first professional rugby club which has a mix of experienced international players and Israeli national team members – battled their way to a gutsy 30-22 win, booking their place in their first grand final on December 17 – in just their second year since they were founded. 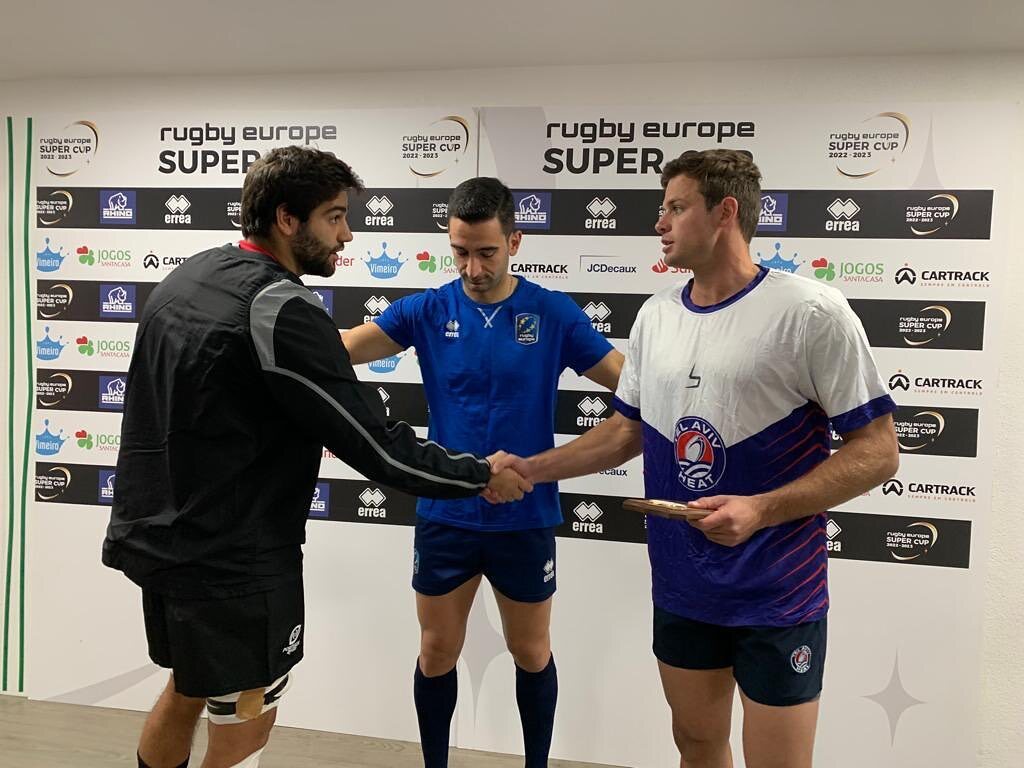 The captains of Lusitanos and Tel Aviv shake hands before their semi-final in Lisbon. Photo: Tel Aviv Heat

They will face a steep challenge in the decider, when they face last year’s champions, Georgian club the Black Lions, in Tbilisi.

After the win over Lusitanos, Kevin Musikanth, the Heat’s head coach, said: “We really wanted to make the final, so I am very, very happy – we will enjoy this victory, and then start to prepare for the final.

“In the first season of the Super Cup [last year], our captain Renaldo Bothma suffered a serious injury, so I want to dedicate this win to him.”

A delighted Heat captain, Jordan Chait, said, “In the first half we maybe were not at our best, but the guys stuck at it, and we can be proud of the second half performance.”

And the Tel Aviv Heat also won a friendly match against the three-times European champions the Saracens, in England on November 27, in a 29-26 thriller in front of a crowd of several thousand people.

That win prompted Maccabi Great Britain to proudly post on its Facebook site, it was a “historic win”, and, “A great day for Israeli sport, and as always a superbly run event from our partners at Stone X Stadium [the home ground of the Saracens]”.

For its part, the Heat posted: “Congratulations to our players! It was such an amazing opportunity to play, and win, against the amazing Saracens.” 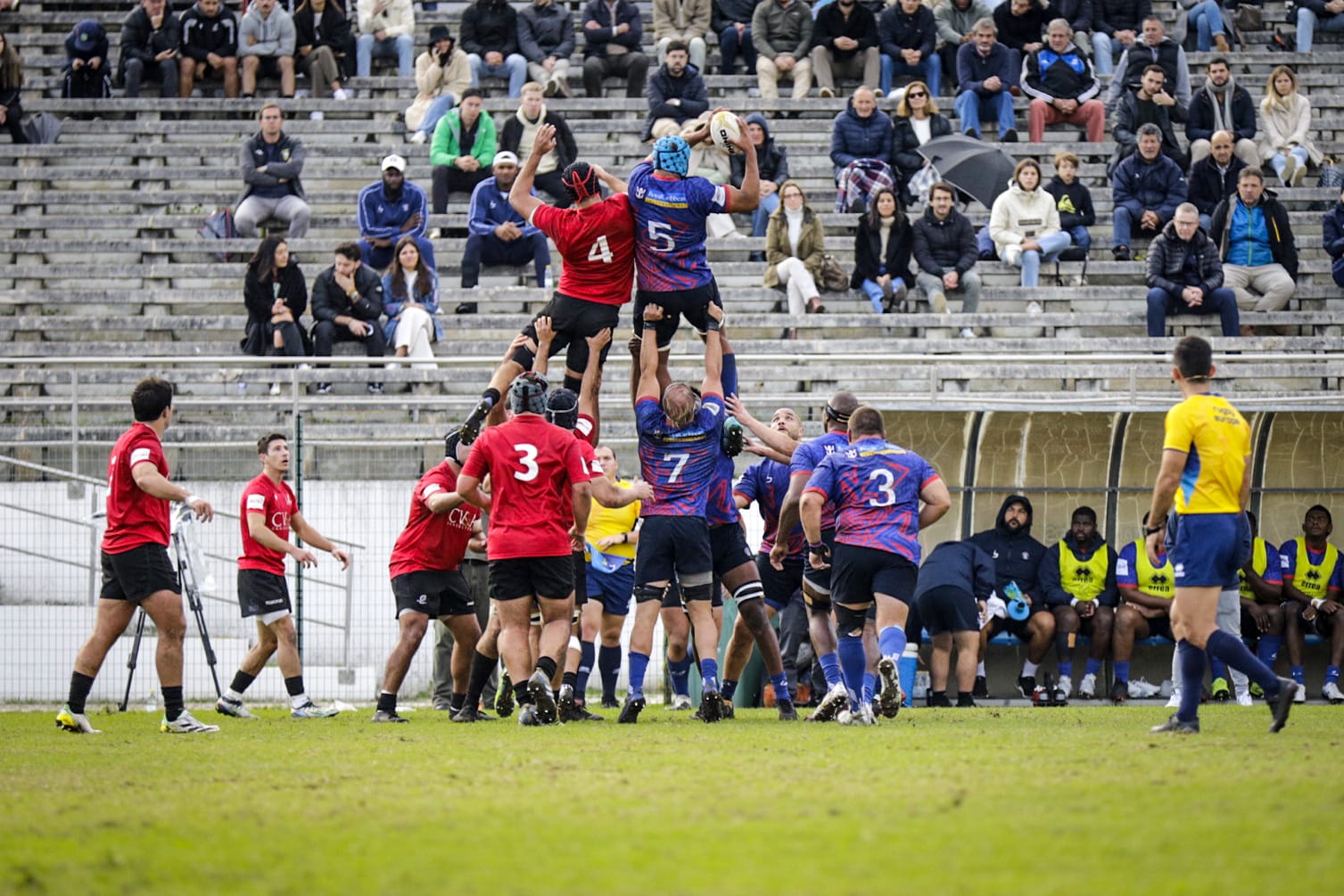 In their latest Europe Rugby international Conference 1 South matches, Israel lost 15-34 to Bulgaria in Sofia, but bounced back on November 13 with a 22-21 away victory over Cyprus in Paphos, by scoring in the final minute. 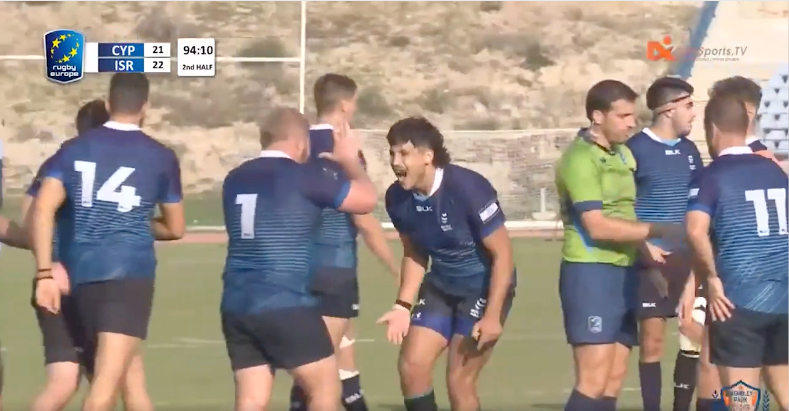