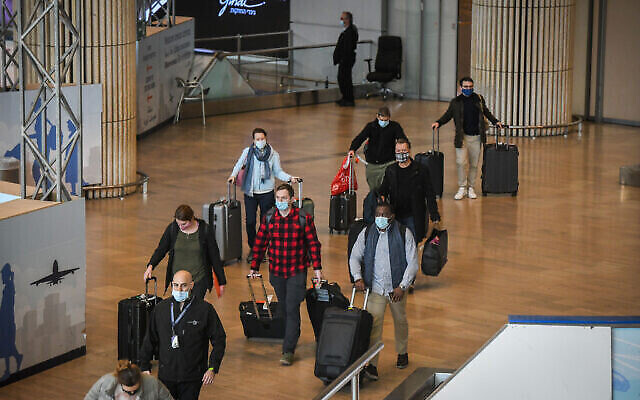 Under the new guidelines, both vaccinated and unvaccinated tourists of all ages will be allowed into the country, as long as they submit a negative PCR test before boarding the flight and take another one after landing in Israel.

Israeli citizens returning to Israel will not have to take a pre-flight test, but only a PCR upon landing.

Unvaccinated Israelis will not have to quarantine after their return to Israel as long as they test negative upon landing.

The announcement came after the Health Ministry last week recommended easing COVID-19 restrictions as the fifth wave of infections fueled by the Omicron variant continues to recede.

Under the new regulations, mandatory home COVID tests for Israeli schoolchildren will be canceled as well — for middle schoolers on Thursday and elementary school students on March 10. 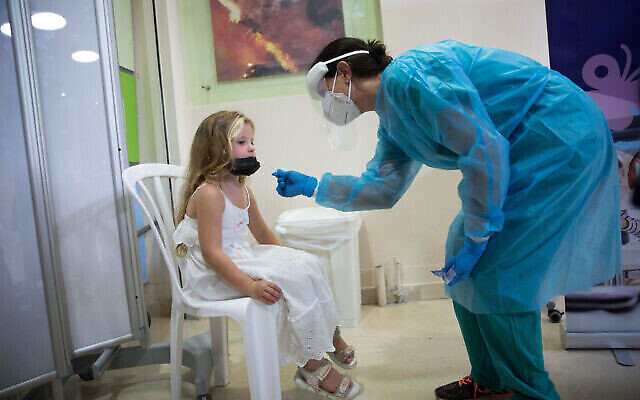 Children take test samples as part of a Coronavirus test, at the Tel haShomer hospital in Ramat Gan, as they take part in a simulation presented by Sheba Medical Center for how students can return to study at the beginning of the new academic year. August 02, 2021. Photo: Miriam Alster/FLASH90

“We are seeing a steady decline in the morbidity data; therefore, this is the time to gradually open what we were the first in the world to close,” Bennett said after a meeting on the matter Sunday with Horowitz and Tourism Minister Yoel Razvozov.

“Our indicators must be in sync with the situation on the ground. What we are telling the public must be in sync with what is expected of it,” he said. “In order to maintain the public’s trust and be certain that the citizens of Israel are implementing the directives and the government’s decision, we must open up as the situation improves – and it is improving significantly.”

“At the moment, the situation in Israel is good… At the same time, we will continue to closely monitor the situation and in the event of a new variant, we will again act quickly,” Bennett added.

The Health Ministry had originally recommended only allowing unvaccinated tourists under the age of 12 to enter the country, and only if they are accompanied by vaccinated parents.

However, Razvozov strongly opposed the proposal, demanding that all unvaccinated children under the age of 18 be allowed in, citing tourism-related considerations. 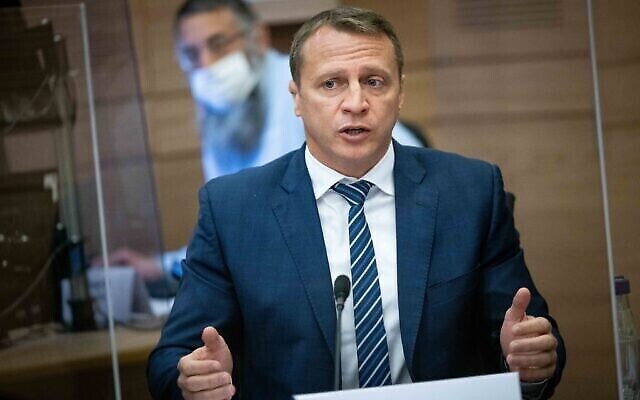 Minister of Diaspora Affairs Nachman Shai hailed the government’s decision, saying it was a boon to the people around the world who have struggled to visit the country during the coronavirus pandemic.

“I am happy that the prime minister has responded positively to the requests of thousands of families around the world, Jews and non-Jews alike, who have sought to meet up once again after a long period of separation caused in part by restrictions such as the ban on entry for unvaccinated children,” Shai said.

“After two years of the Covid-19 pandemic the time has come to return to a more normal reality and to live alongside this virus, along with appropriate measures to preserve public health. The opening of Israel’s skies is great news for anyone with family in Israel who can now come and celebrate Passover and Purim together here in Israel. We’re waiting for you!” he said in a statement Sunday.

Israel’s complete closing of its borders to non-citizens at the time was harshly criticized by Jewish leaders around the world, who argued that as the nation-state of the Jewish people and the home to roughly half the world’s Jewish population, the country had a responsibility to keep itself open to Jewish visitors.

Addressing those criticisms at a conference on the Israel-Diaspora relationship in Jerusalem last week, Shai said that while the country made extensive efforts to explain its thought process in closing the borders he “wasn’t sure those explanations were accepted” by Jewish communities abroad.

Health Ministry figures on Sunday showed that there were 10,354 new virus cases diagnosed the day before, the lowest daily caseload since 6,615 on January 2. The number of people diagnosed tends to be lower on weekends due to a reduction in the number of tests carried out.

Over the past seven days, 575 people became seriously ill with COVID-19, a drop of 36 percent from the week before that, according to the ministry.

With the deaths of seven more people on Saturday, the toll since the start of the pandemic in early 2020 rose to 9,841.

A senior Health Ministry official told the Kan public broadcaster that if the fall in cases continues, it is likely a decision will be made to cancel the requirement for wearing face masks in indoor public spaces before the Passover festival in April. 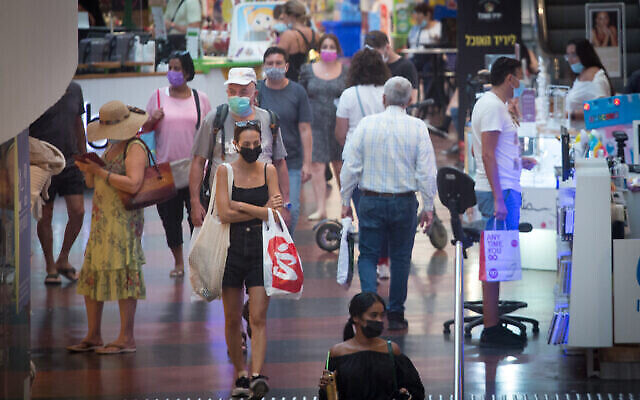 The official said such a move, which would revoke one of the last remaining significant virus rules, would totally depend on a continued downward trend in infections until then.

The unnamed official said that due to the large numbers infected during the Omicron wave and data showing that infection with the variant may offer future protection against similar strains, there could be a relatively long stretch before the rise of a future wave of infections.

However, he noted that any variant that is significantly different from Omicron could set off its own infection spike.

Last week, ministers agreed they would not extend the Green Pass system beyond March 1. The certification grants entry to some public venues to those who are vaccinated, have recovered from COVID-19, or have recently tested negative for the virus.