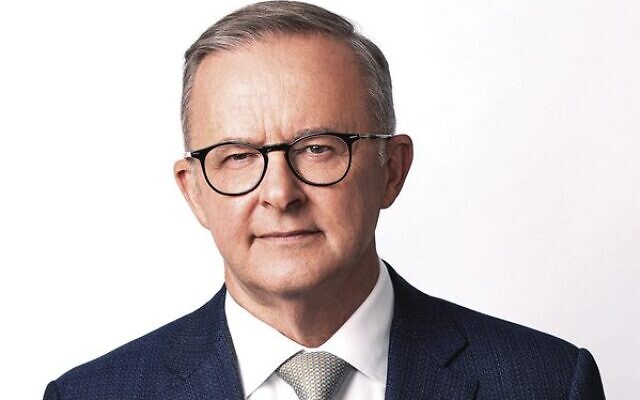 Federal Opposition leader Anthony Albanese has sent a message to the Jewish community for Yom Ha’atzmaut.

In a statement released on Thursday, Albanese said, “It is with great pleasure I wish the State of Israel and members of our Australian Jewish community a hearty Mazel Tov on the occasion of Yom Ha’atzmaut.

“Few things so perfectly illustrate the power of hope and all that can flow from it quite like the existence of Israel. When it was first proclaimed in 1948 by David Ben-Gurion, that declaration of independence was nothing less than a triumph over the darkness of the Shoah.

“It will always be a source of pride for Australian Labor Party that it was one of our leaders – Doc Evatt – who used his time at the United Nations to push so effectively for the birth of the modern state of. Evatt’s own words bear repeating: “I regard the establishment of Israel as a great victory of the United Nations.”

“Evatt had the backing of Australia’s tireless Jewish community and the Zionist Federation of Australia, among them John Monash, Alex Masel, Max Freilich, Horace Newman, Rabbi Max Schank, Ruby Cohen and Abe Landa. They will always stand tall in the histories of both Australia and Israel.

“I will say what I have said so often before: No matter which party is in power here, Israel will have Australia’s friendship and support. As leader of the Australian Labor Party, I can tell you that you will always have ours.”