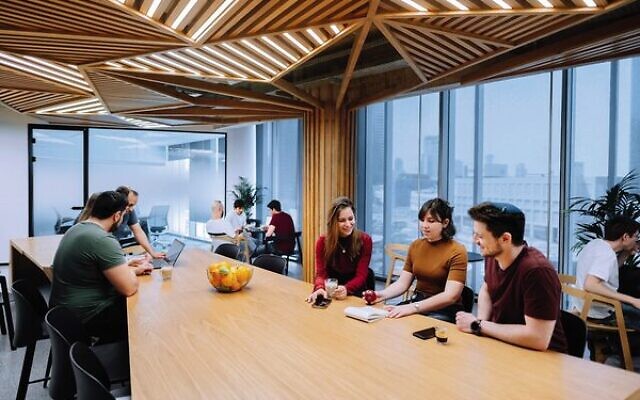 AN Israeli-founded startup, Joonko, hopes to help bring diversity to the workplace by providing companies with a recruitment technology that leads to much-needed balance between genders and cultural and ethnic influences.

“We are providing opportunities to underrepresented people, women, people of colour, veterans,” said Albrey Brown, who recently joined the firm as its US general manager and VP of strategy.

Creating a diverse workforce is beneficial for company culture and helps in building innovative products, Brown said. It’s also the “right thing to do”, he noted.

Businesses globally are realising the importance of having a diverse workforce – both because employees increasingly expect it, and because having employees with an array of genders, ethnicities and cultures is good for business.

“Companies in the top quartile for gender or racial and ethnic diversity are more likely to have financial returns above their national industry medians,” McKinsey said.

More diverse companies get better access to top talent while becoming more appealing to customers, boosting employee satisfaction, and seeing improved decision making, McKinsey said. And yet, progress has been slow in most nations and across all industries, McKinsey said.

Joonko was built on this concept. The company was founded in 2016 by Israeli Illit Raz, its CEO, who said that as a woman in tech she had personally witnessed the major roadblocks to the hiring of underrepresented talent.

Named after Japanese mountain climber Junko Tabei, who became the first woman to reach the summit of Mount Everest in 1975, Joonko has developed AI-based software that pinpoints qualified candidates and matches them to suitable roles among companies with which it partners. The company does this by building a large talent network of vetted candidates, across sectors, with an emphasis on potential employees from underrepresented communities.

Through Joonko’s tech platform, companies and businesses can access the network to recruit for different positions, track their analytics to improve their strategy, and deploy personalised rejection letters to candidates who didn’t make the cut as “a graceful farewell” that extends further opportunities (with an offer to join the Joonko network and get “matched” with relevant roles). Joonko then gets top candidates into its talent pool.

In September, Joonko announced a $US25 million Series B funding round led by Insight Partners, with support from Berlin-headquartered firm Target Global and existing investors Kapor Capital and Vertex Ventures Israel. The round brought the total amount of funds raised by the startup to date to $US38 million.