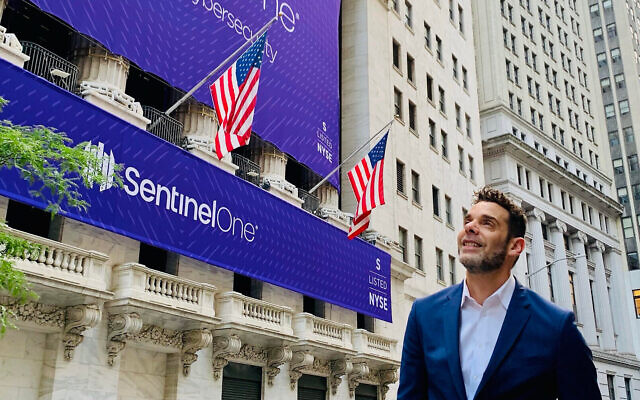 Israeli-founded cybersecurity firm SentinelOne is set to acquire California-based cyber company Attivo Networks, an identity security and lateral movement protection outfit, in a cash and stock transaction valued at US$616.5 million, the parties announced on Tuesday.

The deal is expected to close later this year, subject to regulatory approval.

The company went public on the New York Stock Exchange last summer, raising US$1.2 billion on the first trading day on June 30, 2021, touted at the time as the largest initial share offering by a cybersecurity firm.

SentinelOne currently has a market cap of US$8.05 billion.

The Israeli-founded company said the acquisition of Attivo Networks, a deception technology provider for in-network threat detection and analysis, will bolster the firm’s Extended Detection and Response (XDR) capabilities to enhance cybersecurity protection for clients.

Founded in 2011 and based in Fremont, California, Attivo Networks works with Fortune 500 companies and government entities to protect organisations against identity compromises and ransomware attacks. The company says its deception tech “sets high-interaction traps to misdirect and lure attackers into revealing themselves.”

According to a 2021 report by tech consulting firm Gartner, “misused credentials are now the top technique used in breaches.”

Cyber attackers for nation-states “are targeting active directory and the identity infrastructure with phenomenal success,” reads the trends report.

Attivo Networks CEO Tushar Kothari said the company was “thrilled to join SentinelOne” and that its solutions “are a perfect complement, as an XDR with identity protection significantly improves organisational security posture.”

As the threat landscape evolves, identity remains the central nervous system of the enterprise. Combined with the power of SentinelOne’s autonomous XDR, we’ll bring real-time identity threat detection and response to the front lines of cyberdefence,” added Kothari in the announcement.

Weingarten said the pending acquisition “continues our commitment to defining and delivering autonomous XDR. Identity fuses together all enterprise assets, and I see identity threat detection and response as an integral part of our XDR vision.

“Attivo Networks is the right technology and team to advance our portfolio, complementing our hypergrowth and accelerating enterprise zero trust adoption,” in reference to a cyber strategy that emphasises zero trust in any entity inside or outside their network perimeters.

Nicholas Warner, COO at SentinelOne, noted that the shift to hybrid work over the past two years due to the COVID-19 pandemic, where employees and others work on-premises some days of the week and from outside the workplace the rest of the time, has increased cloud adoption, which has, in turn, increased cyber threats.

With more workers outside the office some days but still connected to protected networks, identity validation has become “the new perimeter, highlighting the importance of visibility into user activity,” said Warner.

“Identity Threat Detection and Response (ITDR) is the missing link in holistic XDR and zero trust strategies,” he went on, adding that the acquisition was “a natural platform progression for protecting organisations from threats at every stage of the attack lifecycle.”