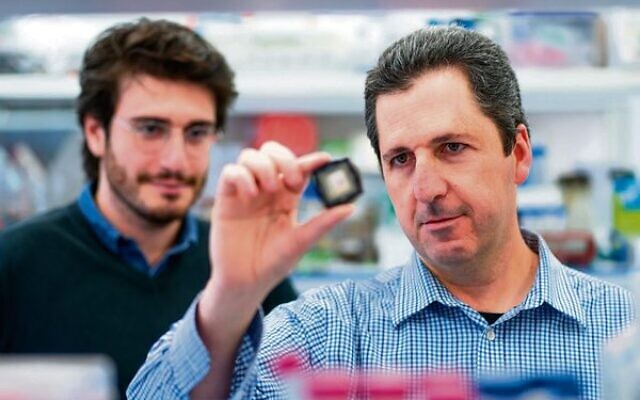 From a world breakthrough in lab-produced meat to taking cellular samples to test the effectiveness of new drugs, Hebrew University (HU) Professor Yaakov Nahmias is a global changemaker.

He will visit Australia next month as a guest of Australian Friends of the Hebrew University for two public events in Sydney and a private lecture in Melbourne.

Nahmias, who founded Future Meat Technologies in 2018, told The AJN that after successful trials and more than $390 million raised through investment rounds, the company is ready to build the first large-scale cultured meat factory – possibly by the end of 2024.

“Once we can do that, the growth of this technology can be essentially exponential,” he said.

“The first cultured meat hamburger … in 2013 cost about $2 million per kilogram, and while a lot of companies have reduced that cost significantly, most are capped at about $200 per kilogram today,” Nahmias said.

“We’ve developed a technology that allows us to recycle the feed of the [cultured] cells, to boost efficiency, and we’ve also developed some unique cells that grow extremely fast, and at very high densities.

“So, theoretically, we should be able to produce cultured lamb that’s going to be even cheaper than lamb today, and we’re getting there in terms of producing premium chicken.”

But what about the taste? “Our reviews are pretty good,” Nahmias said, “At the end of the day, I wouldn’t release a product that my kids wouldn’t eat.”

“We don’t have enough water, nor farmland,” he said.

Through Tissue Dynamics – also based at HU – he is developing the next generation of human-on-a-chip technology, to test the safety and efficacy of potential new drugs.

“It costs $2.6 billion to develop a single drug, and about 12 years on average,” Nahmias said.

“The main reason it costs so much is that 90 per cent fail in clinical studies, and also because we’re still using mice and rats.”

He said the idea of using human cells to create small organs and put them in chips for testing, was first developed almost 30 years ago.

“What Tissue Dynamics is doing, is taking that to the next level, by using sensors embedded inside the tissues of an organ in a chip, so we can understand very precisely what a drug, or a disease, is doing, in real time.”

Nahmias said a major goal for his Australian visit is to continue to build partnerships, noting a bio-design program in partnership with the University of Melbourne has “been extremely successful”.