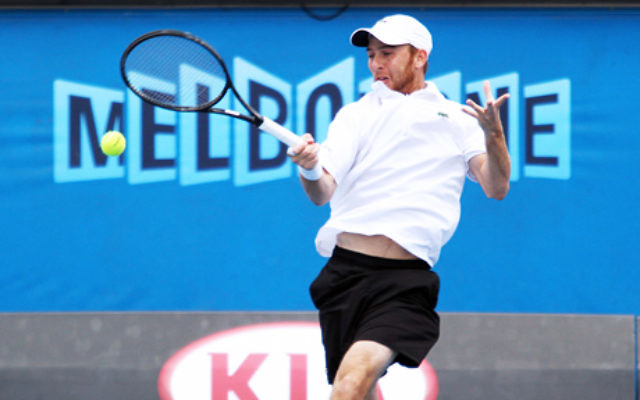 ISRAELI male tennis stars Dudi Sela and Amir Weintraub have won all three of their qualifying matches to progress through to the main draw of the 2013 Australian Open.

Sela, will meet former world number three Russian Nikolay Davydenko in the opening round, with a win earning him a second-up clash with Tennis’s most prolific champion, Swiss master Roger Federer.

But Sela had it much tougher in his third round match against big-serving German Michael Berrer, who pushed the Israeli to three sets, with the game ending 4-6, 6-2. 6-4.

After losing the first set 6-4, Sela was back to his scrapping, dogged best in the next two, winning 6-2, 6-4 in an impressive display.

Weintraub showed he has improved out of sight since his last visit to Melbourne Park 12 months ago, edging fellow Jewish players Wayne Odesnik, from the USA, and Argentine Diego Sebastian Schwartzman.

He will meet Argentine Guido Pella in the first round of the main draw, and could face 17th seeded German Phillip Kohlschreiber should both players win through.

Israel’s top female player Shahar Peer faces Russian Alexandra Panova in her first round match, which could lead to a tough second round clash with 12th seed Nadia Petrova.

Italian Jew Camila Giorgi will meet France’s Stephanie Foretz Gacon, while Canadian Jesse Levine, who has shot up the world rankings to number 88 after making it to the quarterfinals of the Heineken Open in Auckland, is set to play Spaniard Tommy Robredo, who was formerly ranked inside the top-10.