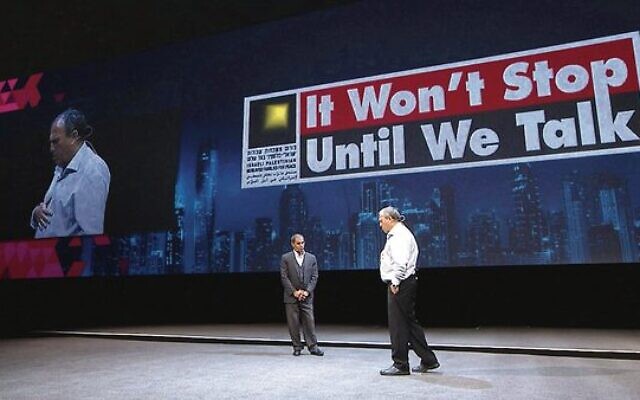 Yet for children, siblings and parents left bereaved by the Israeli-Palestinian conflict, even gathering “to share pain and bring hope”, as one speaker puts it, can draw fire.

The work of their grassroots group, Israeli Palestinian Bereaved Families, is the subject of new documentary The Narrow Bridge, by psychologist and author Esther Takac, which Chaiflix co-founder Neil Friedman has called “an incredible film”.

The Narrow Bridge focuses on four people – Bushra, Rami, Meytal and Bassam – who are seeking to use their stories to spur a movement for peace.

In the documentary, Meytal, an Israeli whose father was killed in his garden by Palestinians with axes, seeks to understand the hate behind the act.

Bassam, a Palestinian who lost his 10-year-old daughter to a bullet fired by Israeli border police, looks at the mutual fears that drive the conflict. 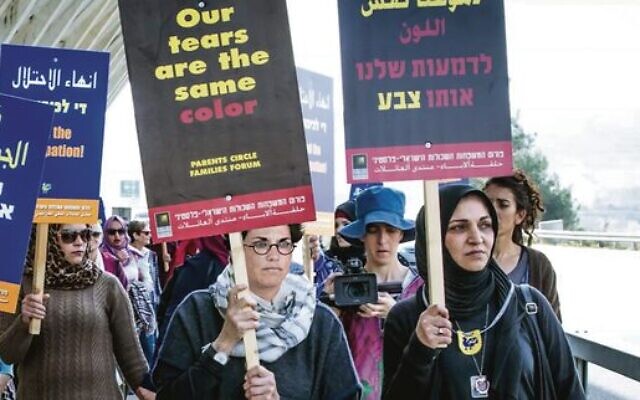 “What can you do to prevent this unbearable pain from (happening to) other people?” asks Rami, an Israeli whose young daughter was blown up while getting schoolbooks for the new year.

Director-producer Takac, whose book Genesis: The Book With Seventy Faces won a National Jewish Book Award, accepts her documentary may be “provocative for some as it shows Israelis joining with Palestinians on what for many is the most solemn sacred day in the Israeli year – Yom Hazikaron”.

For the people profiled though, family, and grief, transcend boundaries.

“Our tears are the same tears. Our pain the same pain,” says Bushra, whose teenage son was killed just outside his home.

Takac’s documentary continues the work beyond Israel, with a launch in Melbourne and Sydney that included a video Q&A with Rami and Bassam.

The documentary’s run continues in Sydney and Melbourne as part of the Jewish International Film Festival (JIFF).