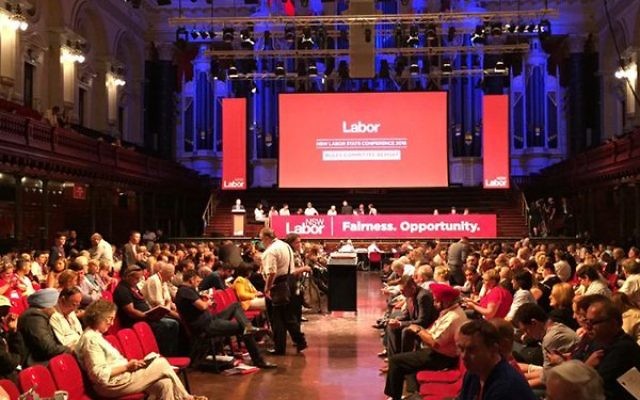 SENIOR Labor officials reaffirmed the party’s support for Israel at a meeting with members of the Australia-Israel Labor Dialogue (AILD) and several Jewish community leaders in Sydney last week.

Unsurprisingly, the focus of the gathering was the looming debate at that weekend’s conference where several motions critical of Israel had been put forward.

Convenor of AILD NSW Greg Holland reassured the audience that there is firm support for Israel within the ALP, despite moves from certain groups in the party to change Labor’s stance on Israel, including a proposal to ban party members from visiting the country on programs sponsored by Jewish community organisations.

“We are members of the Labor Party who support the State of Israel and its undeniable right to exist in peace,” Holland said.

“No amount of threats or demands within our great party to ban or limit our engagement with the Israeli or Palestinian people will deter us because, to put it simply, we are not afraid and we will not be intimidated by these obsessives within our party.”

NSW Labor president Mark Lennon – who has visited Israel twice, including in 2005 as a guest of the Australia/Israel & Jewish Affairs Council – spoke of the importance of dialogue as a means of working towards peace.

“In the end, the only way to resolve these issues is through dialogue.”