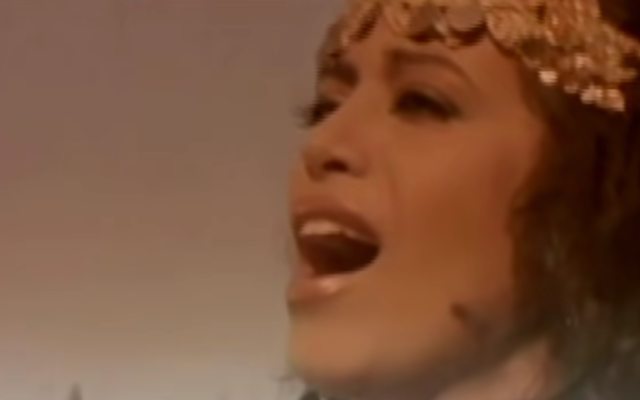 “Inspired by her Yemeni-Jewish ancestry, Haza combined traditional vocal conventions with modern technique to create something that felt at once ancient and ahead of its time,” it said.

The list was compiled by Rolling Stone staff and what it described as key contributors, and encompassed “100 years of pop music as an ongoing global conversation.”

The “deep, empathetic bond between artist and listener is the most elemental connection in music,” the magazine said. “What mattered most to us was originality, influence, the depth of an artist’s catalogue, and the breadth of their musical legacy.”

Haza was born in Tel Aviv in 1957. She was known for her mix of Middle Eastern and pop techniques, which scored her gold and platinum discs.

Haza represented Israel at the Eurovision Song Contest in 1983 with her hit Hi [Alive], coming in second. During her career, which included multiple hits, she also sang in soundtracks for movies such as Dick Tracy and The Prince of Egypt.