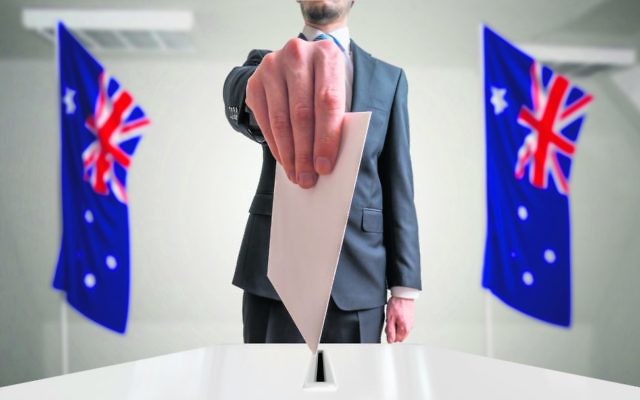 With the federal election called for May 21, the Executive Council of Australian Jewry (ECAJ) has wasted no time finding out where the parties and candidates stand on issues of concern to the Jewish community.

The national representative body on Monday sent a questionnaire tailored for political parties to the Liberal, National, Labor and Greens parties asking their stance on key issues.

ECAJ also sent a candidates’ questionnaire to each declared candidate in the electorates of Wentworth, Macnamara, Goldstein and Kingsford Smith, all of which have significant Jewish populations.

The AJN was a partner last month on the Australasian Union of Jewish Students (AUJS)’s “Great Debate” for the Melbourne electorate of Macnamara, which saw sitting member Josh Burns and Liberal candidate Colleen Harkin take questions from young Jewish adults.

Other seats with notable Jewish populations include Melbourne’s Kooyong – held by treasurer Josh Frydenberg – and Higgins, as well as Bradfield in Sydney.

Australian Jewry has deep and enduring links with both major parties, which should ensure the community has a friend in Canberra no matter the result of the May 21 poll.

Postal vote applications for the election are now open and close on Wednesday, May 18. Pre-polling stations will commence operating on Monday, May 9.

Those who have not enrolled to vote or who need to change their details have until 8pm this Monday, April 18 to do so.

Once released, The AJN will publish a list of pre-polling stations on australianjewishnews.com