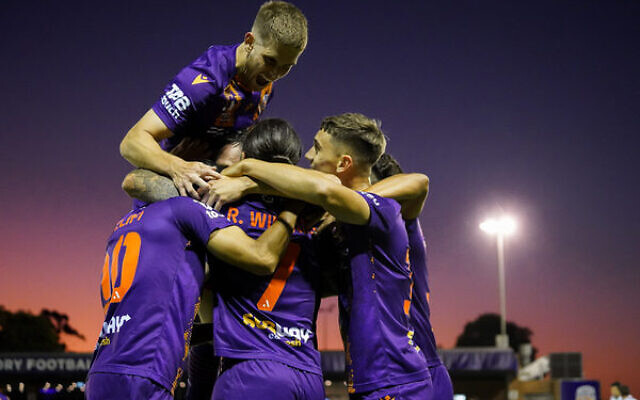 After a mid-season break in the A-League Men, a 2-1 round 7 win to the Perth Glory on December 10, over reigning premiers Western United, sent their spirits soaring.

Carmel School graduate Jacob Muir, 20, defended strongly in his 89 minutes, while his Perth teammate, Israeli striker Ben Azubel, was utilised as a sub.

They were cheered on by a vocal home crowd in their first match at Macedonia Park, where they will be based until the HBF Park Stadium upgrade is finished.

Muir also made the official A-League Men’s ‘Team of the Week’.

The Glory travel to Macarthur (in south-west Sydney) for their next match this Sunday (December 18) from 5pm.