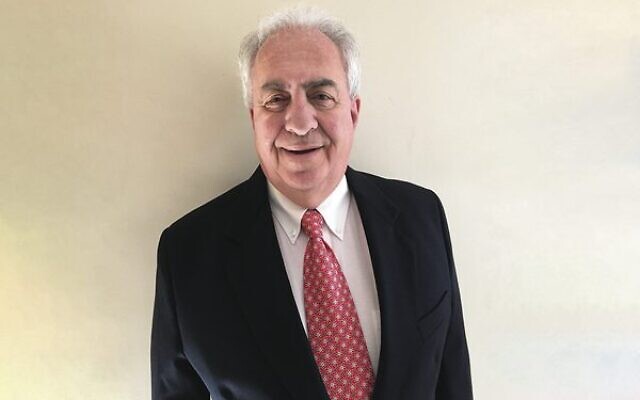 THE Jewish Community Council of South Australia (JCCSA) has slammed a lone-wolf approach taken by the Australian Jewish Association (AJA) in trying to have a motion supporting the IHRA Working Definition of Antisemitism introduced through One Nation, triggering a spate of government amendments.

However, as The AJN went to press, the JCCSA was on the verge of shepherding an effective motion through the state’s parliament, which the upper house was set to vote on yesterday, with broad support from the Liberal opposition.

The state Jewish roof body has been in damage control in the past two weeks after the AJA approached One Nation MP Sarah Game, who is Jewish, to introduce a motion supporting the IHRA definition.

One Nation’s stewardship of the motion set off a political firestorm, with the Malinauskas ALP government making substantial amendments that according to the JCCSA, would have reversed much of the intent of the original motion. The AJN understands Palestinian activists had a hand in advising Labor MPs on the amendments, which were widely viewed as diluting the emphatic statement against antisemitism embraced by other Australian parliaments and overseas bodies.

JCCSA past president Norman Schueler canvassed government MPs, explaining the amendments would rob the motion of any meaningful endorsement against antisemitism, and he received favourable responses from government MPs.

He and president Annetay Henderson-Sapir said it was unfortunate the initial attempt to pass the motion “was done without reference to the local Jewish community, and without doing the necessary preparatory work with Labor MPs”.

“The result was that a series of amendments were moved which, if passed, would have amounted to an emasculation of the definition and the legitimation of anti-Zionist forms of antisemitism. JCCSA then began working with the Premier, Attorney-General and Labor MLCs to try to salvage the situation, and fortunately we were successful,” they said.

“We are very glad Sarah Game came to us, as the representatives of the SA Jewish community, to seek our assistance with the major parties. This was her first foray in the SA Parliament. With her enthusiasm and our experience of working with government, we successfully achieved the right outcome.”

Asked by The AJN if he had been concerned that approaching One Nation risked subjecting the important motion to political divisiveness, AJA president David Adler said, “It is important that politicians have the maturity to focus on the merits of issues in the interests of the community they represent … initially some in the Labor caucus objected, I suspect reflexly, because it was moved by a One Nation MP.”