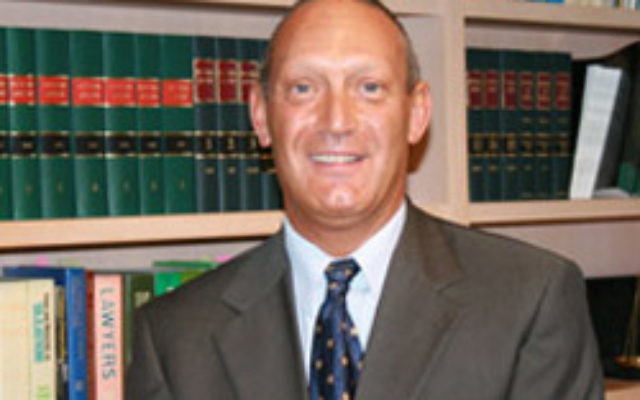 RELATIONS between The Age newspaper and the Jewish community leadership have further soured, amid claims of persistent bias in the newspaper’s reporting on Israel.

A joint statement from Searle and Zionist Council of Victoria (ZCV) president Dr Danny Lamm on August 20, revealed that Searle had not heard back from Ramadge after a telephone message he left with his office on June 4 about the newspaper’s coverage of the Gaza flotilla crisis.

The JCCV and ZCV confirmed on Monday that the phone call, a June 8 letter from the ZCV’s public relations chair Sam Tatarka, and a June 10 letter from Searle had all been ignored by The Age.

Searle had written to Ramadge about his failure to respond to the phone message, advising the editor: “Your attitude bespeaks scant respect for the Jewish community.”

But following an AJN request to The Age this week for a comment, Ramadge responded to the JCCV and ZCV on Tuesday, apologising for the delay.

In last week’s statement, the JCCV and ZCV said The Age coverage of Israel ranged from journalist Michael Backman’s 2009 “smear job” on Israeli backpackers in Nepal, to biased reporting of the flotilla incident, to “the more subtle and insidious”.

“I think the fact that they take a report from somewhere else and they republish it but add certain words or phrases that further colour the message is an indication of ill intent,” Dr Lamm said when contacted by The AJN.

Searle and Dr Lamm accused the Melbourne broadsheet of “steering its readership to a more anti-Israel position” which has resulted in “legitimising anti-Semitism”.

“We make this statement with regret. However we have spoken to Mr Ramadge on a number of occasions, both privately and in public forums. While he is adept at making the right noises about The Age’s impartiality, his follow-through leaves a great deal to be desired. We believe that The Age’s record speaks for itself. Quite simply The Age is not a friend of our community.”

In a belated response to the JCCV and ZCV, The Age editor Paul Ramadge this week defended his newspaper’s Middle East coverage.

JCCV letter to The Age

HERE is the letter sent by JCCV president John Searle to Age editor-in-chief Paul Ramage:
I write once again to express the concerns of the Victorian Jewish community on The Age’s reportage of the conflict between Israel and the Palestinians.

Firstly, I refer to a letter to you dated 8 June 2010 from Sam Tatarka of the Zionist Council of Victoria. Mr Tatarka’s letter complains in the strongest possible terms about an article by Paul McGeogh published in The Age of 4 June, 2010.

In his letter Mr Tatarka cogently and compellingly reveals the anti-Israel bias in the article, as demonstrated particularly by its language and by omission.

There is no need for me to repeat his arguments, but it is important that you know that the Jewish Community Council of Victoria (JCCV) endorses them in their entirety.

Secondly and more importantly, Mr Tatarka makes the point that The Age has form on this general issue. It is not a matter of the occasional article or letter, but there is a clear and consistent vilification of the world’s only Jewish State in the pages of The Age.

The JCCV has had ongoing communication with you for a number of years on The Age’s bias. Predictably you have consistently stated that The Age is even-handed and that your door is always open to the Jewish community.

I will remind you that these were your exact words when you addressed an audience at the Beth Weizmann Jewish Community Centre on 5 October 2009. You soberly assured audience members that The Age was interested in their concerns and that you would always be responsive to them.

In this regard, I will also remind you that you took certain such concerns away with you. To this day, you have not responded, despite our follow-up request that you do so. And indeed, I am still awaiting your reply to my telephone call to you of 4 June 2010. Your attitude bespeaks scant respect for the Jewish community.

I am not requesting your response to this letter — because frankly your assurances are no longer seen as credible by our community — other than a clear policy change to even-handedness as evidenced in The Age’s future content.

Until this is forthcoming I have no doubt that those of your readers who value Israel receiving a fair go will dwindle even further.