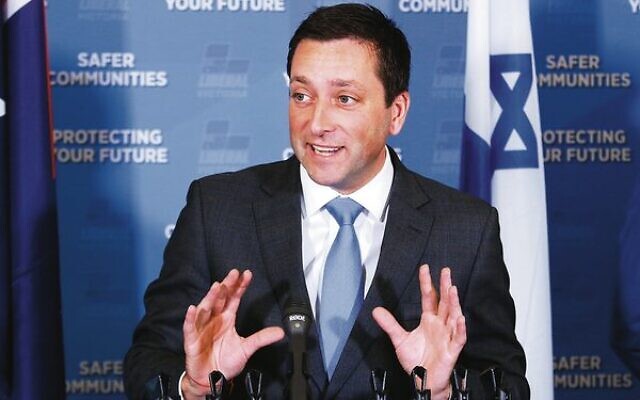 THE Jewish Community Council of Victoria (JCCV) stated this week that it is satisfied with the provisions of the Equal Opportunity Act (EOA) that prohibit discrimination in hiring and firing practices of schools.

The roof body was responding to reports that Victorian Liberal leader Matthew Guy has committed a Coalition government to amending the EOA to allow faith-based schools to discriminate in selecting teaching staff who share the school’s values and beliefs.

Guy’s commitment to the change surfaced last week after he reportedly raised it during a meeting with the Islamic Council of Victoria, according to The Guardian Australia.

Contacted by The AJN, a Liberal Party spokesperson responded, “The Liberals will protect religious freedoms to allow Jewish schools to employ people who are aligned with their values. An individual’s sexuality, gender and ethnicity would also be equally protected from discrimination under these laws. Any proposed changes would only occur after broad consultation and would need to protect every Victorian from discrimination.”

Apart from some latitude in hiring religious education teachers, Victorian schools have not been allowed to discriminate when hiring teaching staff since June, after changes to the EOA which prohibit staff selection made on sexual, gender identity or marital status.

Contacted by The AJN this week, JCCV president Daniel Aghion stated, “The JCCV is comfortable with the present legislative settings. In particular, we understand that the larger Victorian Jewish day schools have not expressed a desire to exercise this power or a need for it.”

Approached for comment, Mount Scopus Memorial College principal Rabbi James Kennard told The AJN, “Mount Scopus does not mandate, and never would mandate, that teachers’ and students’ lifestyles reflect the school’s religious values. Therefore this proposed change would not affect our school.”

Bialik College principal Jeremy Stowe-Lindner reiterated his firm opposition to any form of discrimination in schools, which he had stated in his submission to the 2018 Senate Legal and Constitutional Affairs Committee inquiry into legislative exemptions for faith-based schools.

Independent candidate for Hawthorn Melissa Lowe stated, “Victorians have repeatedly shown that they don’t support discrimination based on gender or sexuality.”

Meanwhile, the Coalition stated it would provide an additional $3.3 million over the next four years to the Ethnic Communities’ Council of Victoria to enable it to better serve multicultural communities, as well as a further one-off $100,000, should its application for charitable status be successful.