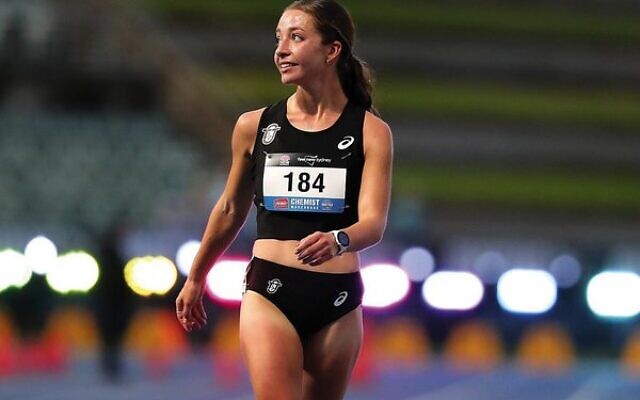 Many Jewish athletes performed well on the national stage at the 2022 Australian Track and Field Championships, in Sydney from March 28 to April 3.

Victorian Olympian Jemima Montag, 24, comfortably won the women’s 10km race walk in 43:02.97, which bettered the qualifying time for the 2022 Commonwealth Games, to be held in Birmingham in early August.

Celebrating with a beaming smile at the finish line, Montag will get the opportunity to defend her Commonwealth Games gold medal, which she won on debut in the women’s 20km race walk in 2018 in the Gold Coast.

Montag has already qualified to represent Australia in the women’s 10km event at the 2022 World Athletics Championships in Oregon being held in mid-July.

At the nationals, Montag strategically placed herself just behind Katie Hayward (44:28.80) and Rebecca Henderson (44:40.09) – who went on to finish second and third – until 13 laps to go, when she used her energy reserves to raise her pace.

“It feels really good … to get the win to go to Birmingham,” said Montag, who is studying medicine at university.

“I’ve now got a few months to really knuckle down and concentrate on training. Four years ago,

I had a special moment on the Gold Coast, and it was a turning point in my [race] walking career, in terms of self-belief and what I’ve dreamt could be possible.

“So it feels exciting that we are maybe one step closer to reliving that.”

Also winning a gold medal at the nationals was rising young Sydney sprinter Zac Urbach, as the first runner in their U18 boys’ 4×100 relay team, which clocked 41.44 seconds to beat runners-up Queensland by almost a second.

Urbach also did brilliantly in his individual U18 boys’ events.

He nailed a PB of 22.27 in the 200m final – running into a headwind, while the air bubble on the sole of his left shoe popped mid-race – to come 6th overall. 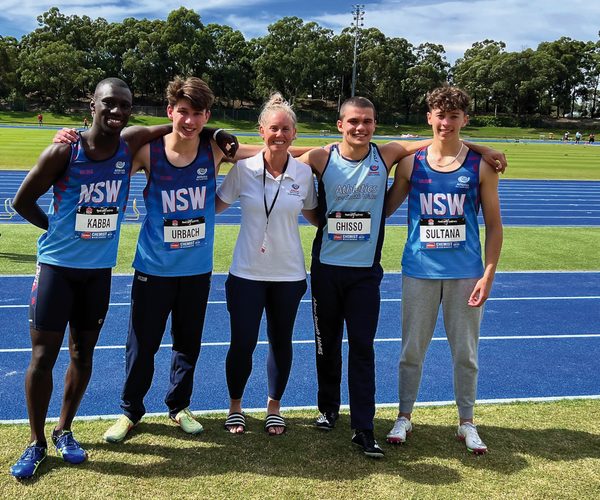 In the U17 girls’ javelin, NSW rep Tali Baltineshter’s throw of 45.03m achieved a 4th placing out of 14 athletes from five states. Her throw was only 0.37 of a metre short of winning bronze.

Fellow NSW rep Elizabeth Baral, 24, cleared 3.75m to qualify in sixth spot for the open women’s pole vault, but she struggled in challenging conditions in the final, clearing 3.6m to place 9th.

Drabkin, 16, won silver in the U20 para 800m event featuring eight runners, clocking 2:51.77, and although he just missed out on qualifying for the finals in the open-age ambulant 100m and 200m events, he felt pleased with his times, given the wet and windy conditions.

And his time of 24.65 seconds in the 200m heats made him the 10th fastest Australian male in his age group.