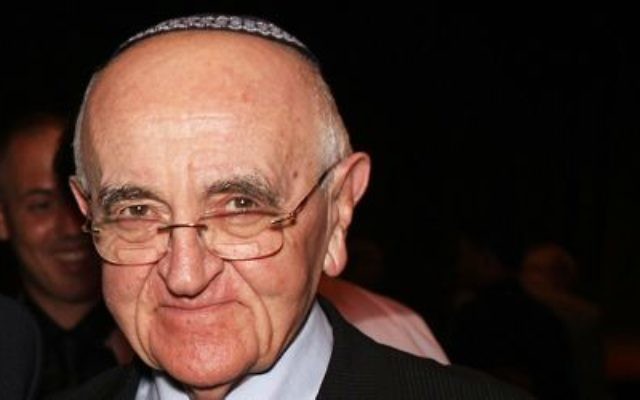 Mike Debinski, president of Jewish Care Victoria, revealed this week that three people who had been living in residential care in the 1960s provided by the then Australian Jewish Welfare & Relief Society (AJWRS), have approached Jewish Care saying they had been abused while in AJWRS care.

“The claims relate to physical and sexual abuse,” Debinski told The AJN this week, adding that Jewish Care has reported the allegations to police.

He said the three people – who had been residents of the Frances Barkman Homes, a residential care service provided by AJWRS from 1965 until around 1992 – had come forward in late September with their allegations.

In a media statement, Debinski added: “Our primary concern is for the welfare of anyone who may have experienced abuse. We will investigate all claims and are offering services such as counselling, case management and support.”

He said any support that was provided would not interfere with claimants’ rights to pursue further legal action.

The Jewish Care Victoria board has established an independent scheme headed by Waller, who will oversee an investigative team.

The investigators will have full access to any available records and personnel.

Waller said he endorsed the position that Jewish Care had assumed and its genuine concern for the welfare of possible victims.

“Jewish Care Victoria’s process will ensure that those who report complaints are promptly heard. Its responses will be marked by decency and compassion, and made in the framework of Jewish precept and principle,” he said.

Debinski said that while the residential facilities concerned no longer existed, Jewish Care Victoria was involved because it had a moral responsibility, given the history of previous Jewish community organisations that operated the homes.

“It is simply the right thing to do … The board and management of Jewish Care Victoria condemn any form of child abuse, particularly when it is perpetrated by those in positions of trust and authority.

“Jewish Care Victoria is guided by our critically important ethics and organisational values. Our approach to this matter is underpinned by our ethos of kindness, family, respect and charity.

“We do not seek to sweep this issue under the carpet,” he said.

“We are working with media and community organisations to reach out to anyone who believes they may have been sexually or physically abused in residential care between 1939 and [around] 1992 to come forward so we can review and investigate their claims.

“We will fully cooperate with all relevant authorities and do everything in our power to ensure that these allegations are thoroughly investigated.”

Debinski said that remedies under consideration include counselling, apologies, “and while it’s not the main feature of the scheme, in some cases some sort of financial reparation payment might also be considered”.

Jewish Care Victoria has appealed to anyone in the Jewish community who experienced physical or sexual abuse in these homes to use the special free-call number 1800 112 522, or visit www.jewishcare.org.au/supportscheme.