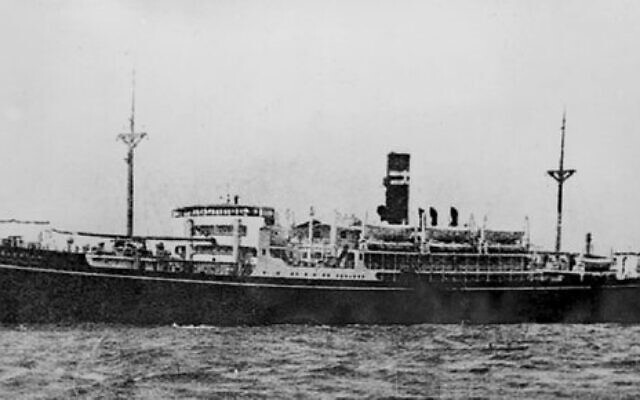 It was sailing east of the Philippines, bound for Hainan, when the American submarine The Sturgeon, believing it was an enemy ship, fired at it, causing it to sink in 11 minutes. Only some Japanese crew members survived.

The 80th anniversary is being commemorated at a service at the Australian War Memorial (AWM) at 11.30am on by the Rabaul and Montevideo Maru Society, and also at the AWM Last Post service. 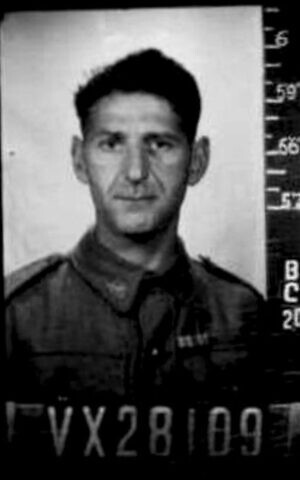 As Allen writes, the majority of the Australians on board were part of Lark Force, and had until that point, survived five months of facing constant hunger, disease, and unimaginable cruelty as POWs at the hands of the Japanese, who had outnumbered them by five to one in an invasion at Rabaul on January 23, 1942.

Without an evacuation plan, the ill-equipped Diggers of Lark Force had to fend for themselves, and less than 400 of its 1485 members managed to escape death.

The Japanese troops also committed a series of massacres of POWs, including at the Tol Plantation in early February 1942, where 160 Diggers were murdered.

Of the eight Jewish Lark Force Diggers, four did not survive.

Besides Fernandez and Bernstein, Victorian Private Leslie Pearlman, 33, was brutally murdered in the Tol Plantation massacre, and Captain Herbert Silverman, 31, was executed in Rabaul on January 30, 1942.

Their names are engraved at Bita Paka War Cemetery in Rabaul, and on the Australian Jewish War Memorial in Canberra.

Levy was fortunate to escape amid the initial Japanese invasion on one of the last two Sunderland seaplane evacuation flights, after hiking for days to the port of Sum Sum.

Bloomfield, Selby and Weingott miraculously survived months of hiking through the jungle until reaching Jacquinot Bay, where they were among 156 Diggers who boarded HMAS Laurabada, bound for Port Moresby on April 10, 1942. 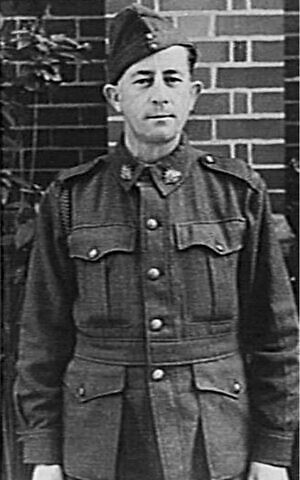 Allen told The AJN, “Even as a researcher, I hadn’t fully appreciated until now the primitiveness, cruelty and depravity of the treatment of the Lark Force POWs by the Japanese, and so I feel it is part of our military history that has not been told enough to the broader Australian community, and also the Jewish community.

“We all know about the Japanese attack on Darwin, but their attack and invasion of Rabaul – which was then part of a territory of Australia – preceded that, and resulted in greater loss of life.

“What struck me most during my research was what each of those eight [Jewish] chaps went through, and their stories are a reflection of what all the 1485 Australians in Lark Force endured.”

MORE than 100 years after Karl Chaskel Roth’s death, his name will be added to the Roll of Honour at the Australian War Memorial (AWM) in Canberra.

Sergeant Dispenser Roth was a first cousin of General Sir John Monash, and enlisted in 1915, aged 44.

After a few weeks at Gallipoli, he was hospitalised in Egypt and returned to Australia. He died two months later and is buried in Melbourne.

Through the efforts of Dr Merrilyn Sernack and Peter Allen of Operation Jacob, the Council of the AWM has also agreed to add the names of two other Jewish soldiers, who fell in WWI, to its Commemorative Roll.

Lieutenant Maurice Albert Mervyn Davies, born in Adelaide in 1890, was killed at the Battle of Loos in Belgium on September 25, 1915, while serving in the British Army.

Lance-Corporal Reuben Israel, born in East Melbourne in 1894, went to South Africa and then served with its army in France, where he was mortally wounded on July 16, 1916, in the Battle of Delville Wood.

Operation Jacob is dedicated to remembering Australian Jews who died while serving in the military.

It is supported by the Federal Association of Jewish Ex-Servicemen and Women (FAJEX) and the Australian Jewish Historical Society (AJHS).