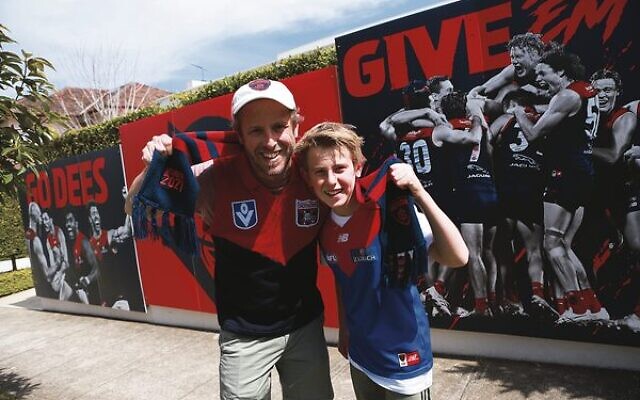 “EXHILARATING” is how Joseph Gutnick described the premiership victory of his Demons over the Western Bulldogs in the AFL Grand Final last weekend.

He was among a legion of Jewish supporters and former players celebrating after the big match.

As the Dees pounded in the goals, raising the dust off football’s history books and breaking a 57-year flag famine, the former club president, was watching from his Launceston home. The Melbourne business magnate and Chabad stalwart invited close associates over for the Grand Final, the first he was able to view from the first bounce, due to its historic post-Shabbat start.

While his guests, Demons tragics like him, “were all despondent” when Melbourne was 19 points down in the third quarter, Gutnick was convinced they would triumph. 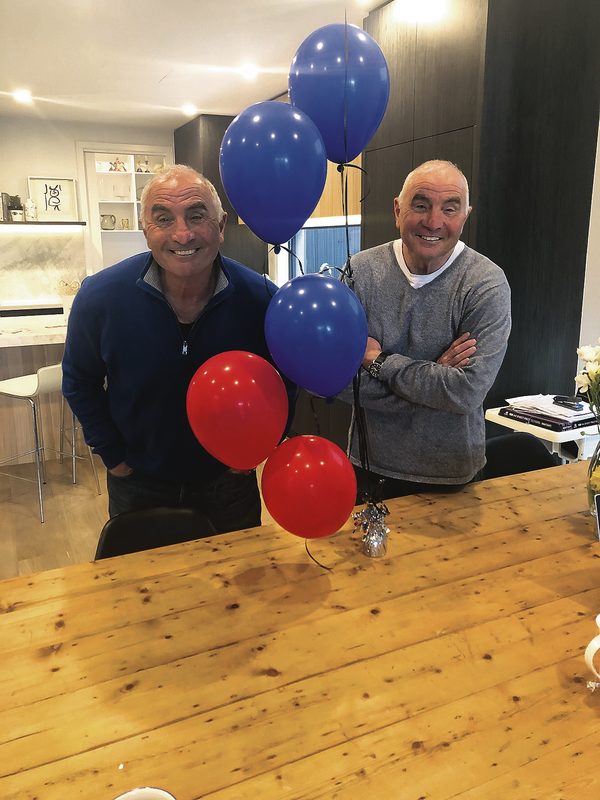 “They’re younger, fresher. I knew Melbourne would always come home in the last quarter. It was exhilarating,” he told The AJN. “I was very proud of the boys.”

Christian Petracca, who won the Norm Smith Medal as best on ground, “has always been my favourite,” said Gutnick, “a great, super player and star”.

“The younger ones also did well,” he said, naming forwards Charlie Spargo and Bayley Fritsch.

When Luke Jackson went into the ruck, “that was the turning point of the game, the midfielders got the ball and started getting the goals, so that move by the coach [Simon Goodwin] was a brilliant one,” said Gutnick. “We were all sitting here and we all thought that’s what should be done now.”

After the game, he phoned his friend, Jewish businessman David Smorgon, a former Bulldogs president. “I said it’s one-all now. He had a premiership in 2016. I’ve got it in 2021. Let’s see what happens in 2022, maybe we’ll meet again.”

Corporate icon David Thurin, retiring from Melbourne’s board this month, told The AJN the result was “mind boggling … they were brilliant … one for the ages”.

“Rapt” was how Demons rover and wingman from 1971 to 1973, Henry Ritterman, 70, felt. The Jewish architect had played for AJAX with his twin brother Michael, and both were later named in the Jackas’ Team of the Century.

Ritterman was delighted when supporters hung Demons scarves on his fence last week. As a youngster, he attended Melbourne’s last victorious Grand Final, a four-point win against Collingwood in 1964.

Almost seven decades on, today’s Demons did him proud. “The last quarter-and-a-half was truly amazing football … Obviously you rely on your top six, but it’s the bottom six, when they contribute, that makes the completion of the team.” 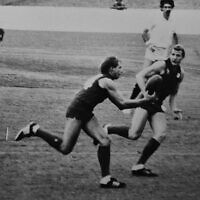 Trevor Korn marks for the Demons in 1981. 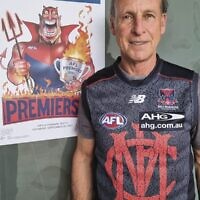 Another Jewish ex-Demons player, Trevor Korn, was unfazed by Melbourne’s second quarter challenges. The players “have enormous confidence in themselves … they would never have thought they were out if it”, he said.

Businessman Korn, an AJAX Team of the Century alumnus, was recruited to Melbourne in 1981 under legendary coach Ron Barassi. Until 2020, he attended every Grand Final since childhood, but like millions of Australians, he was on the sofa with family for Saturday’s clash.

Young Melbourne fan Dylan Swart, 14, was over the moon. His father Elliot is also a passionate Demons supporter, and the family decorated their fence in red and blue. Dylan is already on his fourth viewing of the match.

“None of the other boys in my year at Bialik are Melbourne fans, so winning the Grand Final means after all the years of getting stick from my friends, now I feel like I’m on top of the world,” Dylan said this week.

“Seeing my dad and papa embrace after such a long wait shows how much pain us Melbourne supporters have gone through. And it seemed to just go away in an instant.”