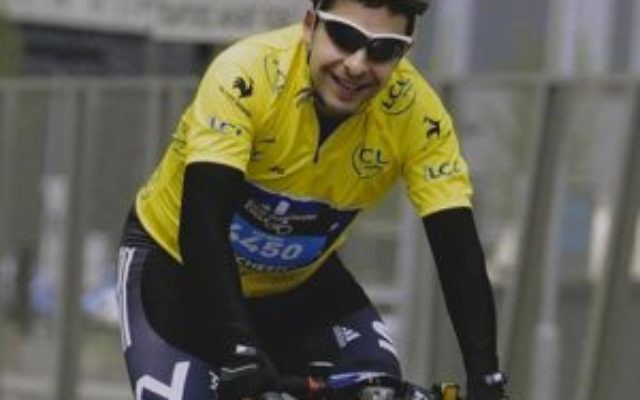 A JEWISH father-of-four was killed while cycling in Sydney’s eastern suburbs on Thursday morning.

Henri Sueke, a doctor who had recently arrived in Australia from the UK with his young family, died after a collision involving a truck at Rose Bay. He was 36.

About 7.45am (Thursday), emergency services were called to New South Head Road where Dr Sueke was trapped under the vehicle’s trailer near the intersection of Kent Road. It is believed both were travelling west.

NSW Ambulance Paramedics rendered assistance; however, he died at the scene.

It has been reported that Dr Sueke was wearing a yarmulke under his helmet. Jewish NSW Ambulance chaplain Rabbi Dr Dovid Slavin attended the scene, where he said Shema and counselled those in attendance.

Originally from Manchester, Dr Sueke came to Sydney in March with his Australian-born wife Dani and four children, taking up a role at the The Children’s Hospital at Westmead as  a paediatric ophthalmologist.

Thanking the community for its support, Dani wrote on Facebook: “Henri is amazing, this is devastating and our hearts are broken. Please take care on the roads and do something good in his honour. Moshe ben Ya’acov – we adore you.”

Dr Sueke’s sister-in-law Sara Garfagnini said: “Thank you all for your kind words… My sister and my family have read and appreciated everything, even if we have not managed to reply. We are so lucky to have a community that loves and supports like ours does.”

Describing him as a “a much loved member of staff”, a hospital spokesperson said Dr Sueke “was respected and admired by his colleagues for his kindness and dedication to his patients. He was an excellent doctor.”

Speaking to the UK’s Jewish Chronicle, Sha’are Hayim Sephardi Congregation’s Rabbi Amir Ellituv said, “He was very loved by everyone. He was full of life. We grew up together. We lived our lives together. We are all shocked beyond words.”