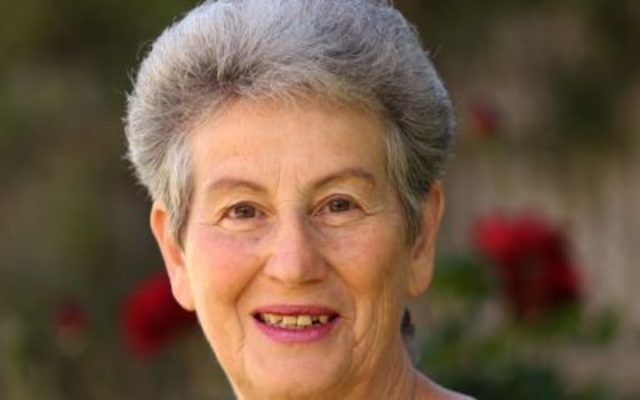 THE Australian Jewish Democratic Society (AJDS) could be ousted from the Jewish Community Council of Victoria (JCCV) after its Pesach campaign to encourage boycotts against Israeli settlements.

JCCV president Nina Bassat said AJDS’s affiliation would be reviewed. “While the JCCV recognises that its affiliates have the right to formulate their own policies, this campaign is repugnant to the longstanding policies of the JCCV and indeed to the views of the majority of our community. The philosophical differences between the JCCV and the AJDS are such that I propose to bring for discussion at our next meeting the future of the AJDS as a JCCV affiliate.”

Jewish organisations condemned a renewed call by the AJDS for boycotts of products made in Israeli settlements and on the Golan Heights, after the group initially called for partial boycotts two years ago.

Comparing Palestinian workers to “the slaves of biblical Egypt”, AJDS launched an online campaign, “Don’t Buy From the Settlements”, urging Jews “to avoid buying products made in settlements located in the Occupied Territories”.

Timed to hit Jews as they sat down to seders, non-Jewish Australians were also in the campaign’s crosshairs, its media release describing “the Jewish festival of Passover, which is commonly known as a festival of freedom”.

“On Passover we remember that Jews were once slaves in biblical Egypt. This year the AJDS is putting a call out to the Jewish community asking them to join a long history of people who have fought for freedom, for both Jews and for non-Jews,” the statement said.

The campaign’s website, which features a detailed list of companies to boycott, faulted settlements as “the main obstacle to peace”.

AJDS executive member Dr Jordy Silverstein told The AJN her organisation was “very disappointed” at talk of disaffiliation. “It seems a real shame that the JCCV has decided that it’s not acceptable to just have a conversation.”

She said while there is no formal link between the campaign and the local Boycott, Divestment and Sanctions movement (BDS), AJDS has “borrowed a tactic” from BDS organisers. “It’s kind of the idea of ethical purchasing, we buy free-range eggs.”

In a joint statement, Zionist Federation of Australia and Zionist Council of Victoria presidents Philip Chester and Sam Tatarka said: “The idea that a Jewish organisation that purports to be a part of our community supports even a part of the insidious campaign of delegitimisation being waged by Israel’s enemies is not only repugnant and immoral, but unfathomable. Campaigns that work to deepen the divide rather than encouraging mutual respect and recognition delay rather than hasten the true and lasting peace for which we all hope.”

Executive Council of Australian Jewry president Dr Danny Lamm described the move as “a misguided and empty gesture that will be completely rejected by the vast majority of people in the Jewish community”.

“The AJDS has succumbed to the myth that settlements are the major impediment to Middle East peace. That notion has been thoroughly discredited, as has the idea that a boycott of any kind can make a constructive contribution to peace between Israel and the Palestinians.”