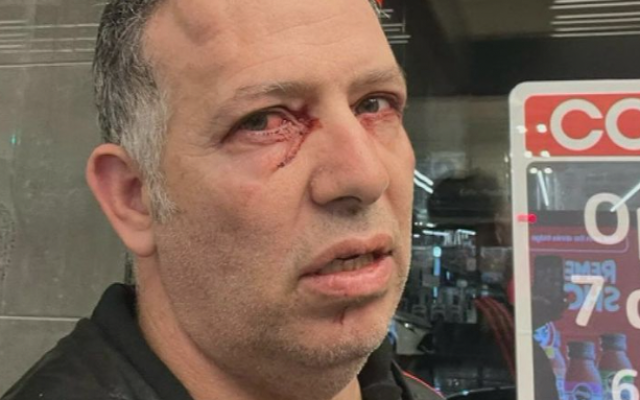 TWO Jewish men have been assaulted – one going to hospital – in a vicious attack outside Coles Elsternwick in the heart of the Jewish community.

On Sunday evening, Yacov “Kobi” Gozlan, 50, said he was leaving the supermarket on the corner of Orrong and Glen Huntly Roads when he saw a visibly Orthodox Jewish male being subjected to verbal antisemitic abuse and being physically attacked.

Police told The AJN Gozlan stepped in to rescue the man, but was punched and knocked to the ground. He ran back into Coles, but was pursued by the alleged attacker and the assault continued. Gozlan was reportedly eye-gouged and left with cuts and bruises. Although he declined ambulance treatment, he later spent time at the Austin Hospital.

“I am in shock that it happened somewhere like here in Australia,” Gozlan told media.

Police are looking to identify the initial person and are urging him to come forward. A 33-year-old man was arrested at the scene and was assisting police with their inquiries. Police told The AJN the man has been released, pending further inquiries. The AJN understands police are reviewing Coles security camera footage.

Condemning the suspected antisemitic attack, Anti-Defamation Commission chair Dvir Abramovich urged the initial man to come forward, telling The AJN, “We cannot allow antisemitism to become the new normal, and I understand why many feel on edge and believe it is open season on the Jewish community.”

Police stated to The AJN, “We treat any reports of antisemitism seriously and encourage anyone with information [on Sunday’s incident] or anyone subjected to this kind of behaviour to contact Crime Stoppers on 1800 333 000.”