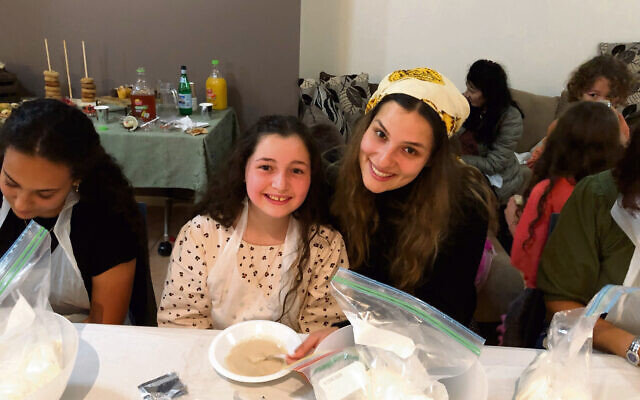 To most of us, talk of Judaism in Queensland refers to the communities associated with the shules in Brisbane and the Gold Coast. History buffs might also mention the long since demolished synagogue in Toowoomba. But what few will be aware of is the extent to which as early as the latter years of the 19th century, Judaism touched – and to a limited extent even flourished in – the northern half of Queensland.

There were European Jews in Queensland from the earliest days of settlement. But as pointed out by Jennifer Creese in her book celebrating the 2015 sesquicentennial of Jewish life in Queensland, as basically only Jewish men immigrated seeking their fortune in a new world, most married out, leaving only a few Jewish names in the general populace as relics of that period.

One of the larger 19th-century settlements of Jews was in Rockhampton; apparently services were held there from time to time in private homes and ministers from Brisbane or the southern states would occasionally visit.

Towards the end of the century the local press featured advertisements for High Holy Day services in the Masonic hall. That the advertisements were signed by “The Honorary Secretary” implies that there must have been some level of organisation behind them. Michael Brodnitz, one of a number of Jewish hoteliers in the city was also a community organiser hosting services at his premises.

Creese notes that the 1901 census directly following Federation showed that there were about 60 Jews resident in Rockhampton, Townsville and Cairns and others in smaller towns. Although there is no standing century-old physical Jewish infrastructure, evidence of a proud Jewish presence can be found from gravestones in old cemeteries across the area including Atherton, Cooktown, Herberton, Mareeba and Tully as well as Cairns, Rockhampton and Townsville.

A Jewish section was included in the master plan for the South Rockhampton General Cemetery in the 1860s and at least 20 identifiable Jewish graves date from 1871-1911.

Immigration from Eastern Europe also made its mark on North Queensland. In the late 19 century Hillel (John) Hilman, an engineer from Riga, settled in Townsville. He was responsible for the city’s first electric lights – as well as the first patented beer cooling system in Australia! It was installed in several premier city hotels so draft beer could be served icy cold – perfect for the tropical climate.

As early as 1891 Simon Lipstein wrote to the local papers supporting Russian immigration and was also an activist against any signs of antisemitism, even to the extent of suing a neighbour for antisemitic slander.

The absence of ministers in the region meant a need to import them when necessary. In 1882 Rev Abraham Phillips of Brisbane Hebrew Congregation travelled to Cooktown to perform a brit. Cairns had a significant Jewish presence by the 1890s – to the extent that the North Queensland Register for December 1, 1897, reported that the Jews “were seriously contemplating the importation [sic] of a rabbi”. Cairns Jews lobbied the local council for land for a cemetery, which was granted in 1907. Rev Lenzer of the East Melbourne Congregation travelled to Cairns to perform the consecration of the Jewish section of the McLeod Street cemetery.

A grave in that cemetery is that of Katie Bennett. She died in 1907 and was the daughter of Harry Bennett who later became a stalwart of the South Brisbane shule.

Unfortunately, as the 20th century proceeded the number of resident individuals associated with Judaism declined until the dwindling community was reinforced by servicemen during the World War II. They conducted services and sedarim – and some even returned after the war to live there.

Another impact of the European situation was arrival of refugee from Nazi Germany Paul Kamsler, who, with his family, boosted the growth of tourism in North Queensland by partnering with Ansett airlines to build the first luxury motel in the region. To this day his family are key supporters of Chabad of North Queensland.

So much for earlier days. In the 1980s, representatives of what would become RARA – Chabad of Rural and Regional Australia – began to visit the area. However over time it was realised that a permanent presence was needed to serve existing residents as well as future residents and tourists.

Chabad of North Queensland was established in 2016 with the arrival of Rabbi Ari Rubin and his wife Mushkie. Working from rented premises they proceeded to engage the locals and provide all the services of a Chabad House including catering for travellers. The rented premises were soon outgrown, and the very fact of their being rented lacked the implication of permanence in the region.

And so, the Chabad House of North Queensland has just moved to a permanent location – the first time that dedicated premises mark a permanent Jewish presence in the area. The new space includes a shule, a preschool, a Hebrew school and a large entertaining area that regularly hosts over 70 people comfortably for Shabbat meals.

Chabad’s move follows an increase in membership for the small Jewish community in Far North Queensland, as well as an increase in the number of tourists that walk through its doors – a factor that will hopefully become even more significant after COVID-related travel restrictions end. Conveniently located within walking distance of the hotels of Trinity Beach, it will serve local and international tourists who want to spend Shabbat near the Great Barrier Reef and the Daintree rainforest.

Significant loans were taken out to facilitate the purchase. However Chabad of North Queensland is now launching a fundraising campaign (www.charidy.com/JewishNQ) to help cover those costs. Thanks to a group of benefactors, all funds raised this Tuesday, August 10, will be matched, thereby doubling their impact.

May this venture have much hatzlachah.