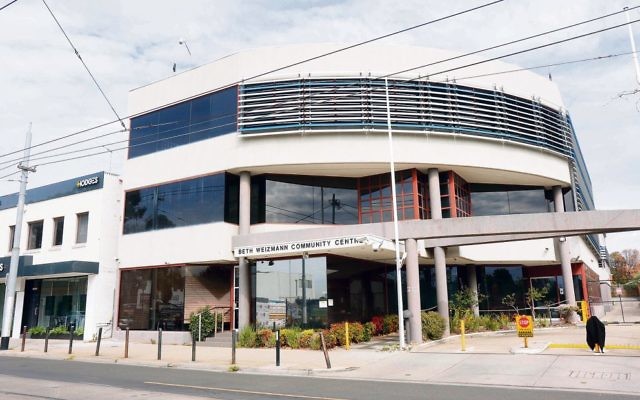 TENSIONS have flared over a decision by the Jewish National Fund (JNF) Victoria to end its long tenancy at Beth Weizmann Community Centre (BWCC).

In an email widely circulated to community officials, and to The AJN, JNF Victoria president Ronit Fraid cited “uncertainty concerning the plan for the BWCC building and our tenancy for at least six years”.

She alleged BWCC’s responses to information requests were “inadequate” and the centre had said it did not know when building works would begin or how long they would last, or where JNF would be temporarily located – despite a claim JNF knew before moving into its present BWCC offices that they would be renovated.

“Our decision to move premises presented a solution to ensure our operations could continue without hindrance,” stated Fraid.

She was responding to an email, also widely circulated, by former BWCC chair Danny Lamm, which stated JNF’s departure “will do incalculable damage”.

Lamm also attacked the way he said JNF had planned its exit, “with stealth and without any consultation or forewarning … or any opportunity being afforded to look for alternative solutions”. However, The AJN has been told JNF’s move had been on the cards for months and was informally known about in BWCC’s corridors.

“On a personal note Rolene [Lamm] and I, as longstanding gold patron members, no longer feel comfortable maintaining our gold patron membership if you carry out your plans,” wrote Lamm. “Many other passionate Zionists will likely also question their relationship with JNF Vic.”

In her emailed reply, Fraid stated JNF would “conduct our exit professionally” and “are not prepared to be impugned with name calling, be subjected to discourteous behaviour or be pressured by thinly veiled threats”.

“Once it became clear that JNF Victoria would have to temporarily relocate, steps were taken to find appropriate premises nearby. As a result of that search, we were able to secure premises [in Caulfield] at a quarter of our current occupancy costs,” the letter said.

However, JNF has not disclosed whether it will have the same floorspace, let alone its outlay for what were shared services such as security, parking, cleaning and utilities at BWCC.

JNF and BWCC management declined to comment to The AJN, but Tatarka met earlier this month with JNF to try to find a resolution.