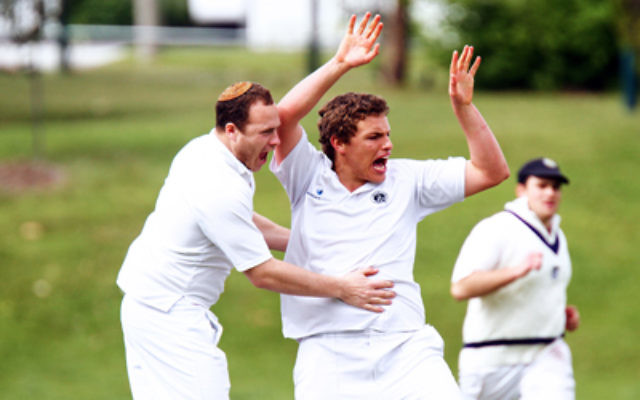 STAR all-rounder Benjamin Jones picked up the Ray Saffer Award for the best and fairest player at the Maccabi AJAX Cricket Club’s annual awards night on Sunday, which also honoured several star contributors from across the four teams for season 2013/14.

Jones was one of the keys to the success of the First XI, with his 288 runs and 11 wickets helping the side reach its first finals campaign in six years.

In addition, he also captained the Mercantile Cricket Association’s under-21 side in its three games in the representative Neil Wright Shield competition, where he notched up 115 runs – including a superb knock of 69 – and five wickets.

“It was a huge honour being recognised alongside some of the great names at the club,” the 21-year-old told The AJN.

“I guess it helps being an all-rounder, being able to pick up votes for both batting and bowling, and it was great to be a part of the First XI that had a lot of religious players.”

Herbst, who has been with the club for five years and finally got his breakthrough playing eight games for the First XI, was named the winner of the Ernie Sadler Award for the most improved player, while veteran Goldstein capped off a stellar season with the Rob Lourie Award for the most determined cricketer.

Aron took out the Harry Newhouse Award for the most dedicated trainer, and Aaron Fetter was presented with the Hans Spitz Award for the best clubman, while Herbst and Joel Rembach shared the Kurt Defris Award for outstanding off-field service to the club.