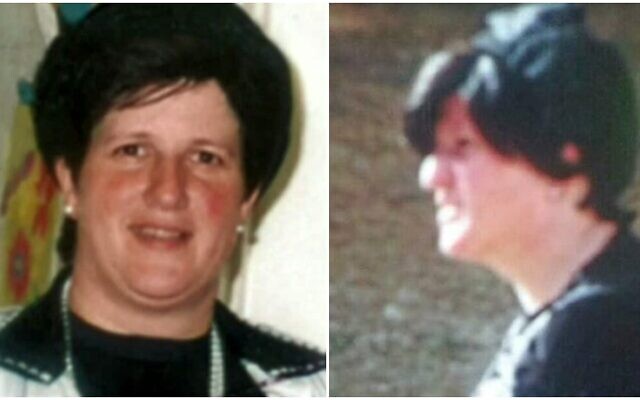 MALKA Leifer has been ordered to be sent back to Australia to face 74 charges of child sex abuse after an Israeli judge on Monday night (AEST) agreed to extradite the former Adass Israel School principal.

The long-awaited decision brings to an end a saga that has lasted nine years and more than 70 court hearings, following questions regarding Leifer’s mental state and claims of interference by Israel’s former health minister.

With Jerusalem District Court Judge Chana Miriam Lomp tonight approving Leifer’s extradition, Israeli Justice Minister Avi Nissenkorn will have to sign off on the order. However, both the court decision and Nissenkorn’s stamp of approval can be appealed to the Supreme Court.

BREAKING NEWS!!!Judge decision: MALKA LEIFER WILL BE EXTRADITED TO AUSTRALIA!! (appeal is expected)This is a victory…

In a statement on Facebook, alleged victim Dassi Erlich said, “Today our hearts are smiling.

“This is a victory for justice! A victory not just for us, but for all survivors.

“We truly value every single one of you standing with us in our refusal to remain silent.”

The defence signalled it would appeal Monday’s decision. Leifer will remain in police custody for the time being.

Reacting to the news, federal Labor MP Josh Burns, who moved a bipartisan motion in Parliament earlier this year calling for Leifer’s extradition, told The AJN, “Justice has taken far too long. But finally, justice has won the day.

“And while we await further appeals, we call on the Israeli judicial system to deal with them as quickly as possible and for the Justice Minister to give the extradition the final sign off without any further delays.”

Federal Liberal MP Dave Sharma told The AJN, “This is a welcome victory for justice and the victims of abuse worldwide. After six long years and over seventy court hearings, Malka Leifer will finally have to face her accusers in an Australian court.”

He paid tribute to Israel’s Ministry of Justice “for their relentless and unstinting pursuit of this case, despite many setbacks” and to sisters Dassi Erlich, Nicole Meyer and Elly Sapper “for their bravery and persistence. We would not have achieved this without them.”

This is the best New Year gift that the Jewish Community of Melbourne could receive.

We have waited long enough and we call on the Victorian Government to work with whoever necessary to prepare her swift extradition to stand trial. #Springst @aus_jewishnews https://t.co/iLfv0FM7RA

“Leifer ought to accept this decision without further needless appeals and face her accusers in an Australian court,” he said.

Earlier this month, the Supreme Court unanimously rejected Leifer’s appeal against a May ruling by the District Court that she is mentally fit to be extradited to Australia.

Leifer had for years alleged she was too sick to attend extradition hearings, and argued she was too mentally frail to return to Australia to stand trial.

In her May ruling, Lomp wrote that in light of a psychiatric panel’s opinion that unanimously determined Leifer had been feigning mental illness in order to avoid extradition, “I was persuaded that the respondent understands the charges for which she would be prosecuted in Australia and also understood the nature of the extradition procedure.”

She added, “I hold that the defendant is impersonating regarding her ability to function and is fit to stand trial.”

Leifer fled Australia in 2008 when claims of her alleged abuse at the Adass Israel School in Elsternwick first surfaced.

In 2011, one of Leifer’s alleged victims Elly Sapper gave a statement to Victoria Police regarding allegations of sexual abuse by Leifer. Her sisters made statements shortly afterwards.

Leifer was placed under house arrest in Israel in 2014 after Australia filed an extradition request, and underwent the beginnings of an extradition process. But that ended in 2016 when a mental health evaluation determined she wasn’t fit to stand trial.

Leifer was again arrested in early 2018 after police found evidence that she had faked her mental incompetence. The court asked for another psychological review, whose findings were handed down in January by a medical panel that assessed her as fit to stand trial.

The case was plagued by claims Israel’s former health minister Yaakov Litzman interfered in attempts to extradite Leifer to Australia, by pressuring psychiatrists to state she was unfit to stand trial. Litzman denies the allegations.

Ahead of his visit to Australia earlier this year, Israeli President Reuven Rivlin told The AJN, “I understand how painful and difficult the case of Malka Leifer is for the Australian Jewish community and for Australians generally.