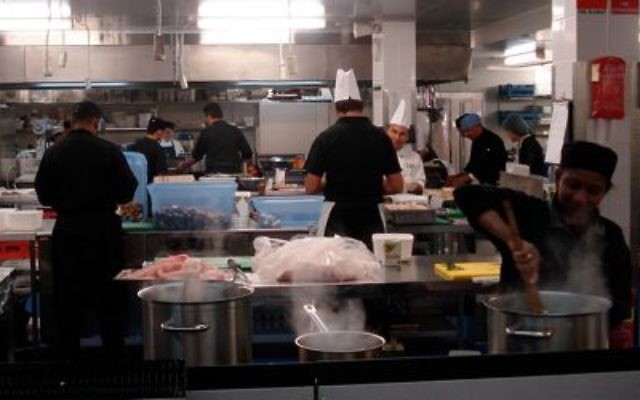 THE monopoly of the Kashrut Authority (KA) in NSW is on the brink of collapse.

Talks between a major new kosher caterer, Amaze In Taste, and the KA fell over last week, with the latter already servicing the community despite not having the approval of the KA.

And in a break with tradition, Amaze In Taste has the support of the JCA, Jewish National Fund (JNF), WIZO NSW and NSW Jewish Board of Deputies (JBOD).

Amaze In Taste’s first major communal function without KA supervision will be for the JNF on Wednesday night with around 750 people set to attend. The JNF sent an email to all attendees this week stating that they are using Amaze In Taste as the caterer but offering meals from Katzy’s, under the supervision of the KA, for those uncomfortable with the new caterer.

JCA invitations will state for the foreseeable future: “Catering by Amaze In Taste (kosher but not under the supervision of the KA). KA approved food will be ordered on request”.

WIZO NSW president Gloria Newhouse said that her organisation would use Amaze In Taste, even if they have to serve only fish and vegetarian meals.

JBOD chief executive Vic Alhadeff said the interests of the community are paramount and he is satisfied with the position of the JCA and JNF. “We are advised that their functions – which will be catered by Amaze in Taste – will be fully kosher,” Alhadeff said.

Amaze In Taste, which had a temporary kosher licence, was offered a permanent licence by KA earlier this month in exchange for a bond of $25,000 and an additional $73,981 to cover an outstanding debt owed by now-defunct caterer Passion8, which went into liquidation earlier this year.

Amaze In Taste is owned by four independent business people, but the company’s sole director is Felicia Kahn, who previously worked for Passion8 where her husband, Stanley, was a director.

Less than seven hours before Amaze In Taste’s temporary licence was due to expire, the KA withdrew the request for the $73,981 in a letter on October 16 but only gave Amaze In Taste 17 hours to pay the $25,000 bond.

While the caterer has been operating without a kashrut licence since last Thursday, Mendy Gershowitz, who was a KA mashgiach for more than a decade, is now working for Amaze In Taste.

“The demands and preconditions made it impossible to do anything,” Amaze In Taste spokesperson Hilton Cohn told The AJN.

KA president Baron Revelman said the Passion8 debt created great hardship for the KA and many other creditors. “The timing of the letters you present does not reflect the length of prior negotiations and the options offered,” he told The AJN.

He defended the amount of the bond as well after Amaze In Taste offered to pay weekly accounts.

“We need to have flexibility so that we are not put in a position where we may be causing a simcha not to be supervised because there was not sufficient time to make alternative arrangements.” Revelman said.

Revelman also attacked Gershowitz and said that he did not have qualifications to accept the responsibility of kashrut.

“He was previously a mashgiach employed by the KA, who always needed the assistance of the rabbis of the KA. It is simply fraudulent to suggest he has the ability to kosher certify a caterer such as AIT [Amaze In Taste]. One can only wonder as to his motives.

“We do not believe Jewish organisations, especially after learning of the true facts of the matter, will abandon time honoured principles of kashrut.”

The Rabbinic Council of NSW, which was expected to back the KA, was surprisingly vague this week and did not specifically rule out eating food from Amaze In Taste.

“The RCNSW executive is in urgent consultation with both the KA and Amaze In Taste to elicit the true facts of the case in question with the aim of catalysing an imminent successful outcome agreeable to all,” the statement said.

“Meanwhile it cannot advocate eating at any function where no adequate rabbinic kashrut supervision exists.”