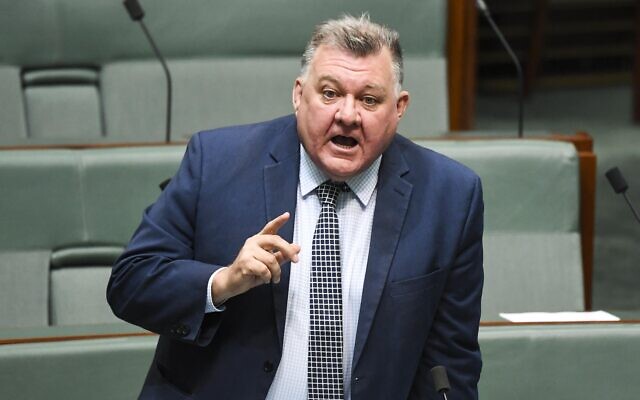 Kelly made the comparison when he condemned the police arrest of Ballarat woman Zoe Lee Buhler for allegedly inciting an anti-lockdown protest.

Kelly posted, “No it’s not Nazi Germany, it’s happening in Australia in 2020.” Another post from him stated, “This is what you’d see expect [sic] in Nazi Germany.”

A day later, he posted, “As a rule of thumb, you always avoid the analogy with Nazi Germany, but once in a blue moon, you see something so outrageous that the analogy is apt.

“Arresting and handcuffing any person in their own home … for merely sharing a Facebook post calling for a protest against a government policy is a violation of every freedom [Australians] fought to protect. And I make no apology whatsoever for using the Nazi Germany analogy in this case.”

Challenged by The AJN on Tuesday about whether drawing a parallel between the lockdown and Nazi Germany wasn’t “over the top”, Kelly conceded, “Of course it’s not Nazi Germany”, and emphasised he was not making comparisons to the Holocaust itself. But he insisted the lockdown was “totalitarian”.

Hours later, the MP issued an apology, stating, “I’m sorry and regret any offence that this may have caused my many good friends in the Jewish community – and I hope they can forgive me and understand the shock that I felt at seeing such an abuse of freedoms that I hold so dear.”

Describing Kelly’s comparison of the lockdown to the Nazis as “misjudged”, Anti-Defamation Commission chair Dvir Abramovich stated, “I hope that this episode serves as a teachable moment for other elected representatives to understand that analogies to the Nazis and the Holocaust are becoming far too commonplace and must be avoided in our political discourse.”

But ALP member for Macnamara Josh Burns told The AJN, “The Prime Minister must show leadership and pull Craig Kelly into line,” adding Kelly “needs to make a public, unreserved apology and take down his three offensive posts”.

In an earlier statement, Burns and federal shadow health minister Chris Bowen said Kelly’s comments “are an insult to the many Jewish and other Australians who lost family members in the Holocaust and all of the Australian soldiers who fought Hitler’s Nazi regime”.