Since she was a little girl, Lara Goodridge has harboured a love of music. It has taken her on a journey from classical to jazz to cabaret and back again.
“Apparently I saw kids playing on the television and I said that I wanted to do that too,” Goodridge said discussing how it all started. “My parents, like good Jewish parents, jumped at that and were really there for me. They nurtured my love of it.”

After studying through the Conservatorium system, Goodridge took a slight break from music, before realising that life just wasn’t that exciting without it. “It was really the most meaningful thing for me in my life and I felt quite bereft without it.”

Slowly, but surely, Goodridge began to experiment musically, moving away from only playing classical music and into the sounds of jazz.

After meeting Greta Gertler – at a Jewish wedding of all places – Goodridge teamed up with the pianist, singer and songwriter, joining her band. She then went on to meet local musician Peter Hollo, who was searching for a violinist for his string quartet, FourPlay, which he founded with his brother Tim.

FourPlay is still going strong 26 years later. The group has done some really exciting things over the past couple of decades, including a performance at Carnegie Hall with UK author Neil Gaiman. Goodridge has made some incredible memories with her bandmates who she says are more like family than just friends. “I worked out early on that there’s no point continuing as a band if you don’t love the people,” she said. “Looking back, it has really been quite amazing. My life took a really nice trajectory; it was slow but steady. And then Baby et Lulu happened about 12 years ago.”

It started with a record label

After inheriting some money from her grandfather, Goodridge started a record label for women singer/songwriters. She soon realised, though, that business wasn’t her strongest suit, although she does admit that the record label taught her a lot about what goes into releasing music as an independent artist.

It was during this time that Abby Dobson, former lead vocalist of Leonardo’s Bride, was looking for a label to release her own music.

“I was so moved by her beautiful voice and beautiful presence,” Goodridge explained. “We worked out pretty quickly that we had the same very silly sense of humour.” 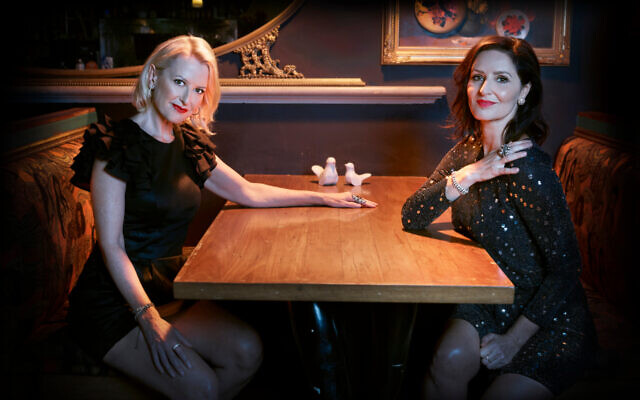 It was when Goodridge and Dobson found themselves in Paris at the same time that Baby et Lulu actually happened. Very casually, they decided they should perform together, embracing everything they loved about France – from the food to the people and everything in between, especially the language.

“As soon as we started singing together, we both thought ‘well that’s something really special’,” Goodridge said, slipping into her on-stage French character.

So, they planned a show. And as Goodridge said, the rest is history.

“It was so fun. We never thought people would be interested in seeing these two Aussies singing in French, but the audiences kept coming.”

Baby et Lulu is now an ARIA-nominated act featuring the two faux French sensations, backed by an extraordinary band of jazz musicians. They perform songs in French, celebrating love, life and passion with, according to their website, “a sultry, sometimes outrageous French accent”, femme fatale glamour and witty banter.

So why does it work? Goodridge believes it’s really because people want to have fun, they want to see something fun and they want to enjoy themselves. “There’s something about Baby et Lulu that’s very romantic and escapist. We don’t talk politics. It’s just a night of deliciousness and there’s a lot of joy there.”

For Goodridge and Dobson, they just want to spread some happiness. “We want audiences to feel love. We want joie de vivre. We’ve been through so much over the past year and a half, and looking ahead, we’re on the precipice of utter catastrophe,” Goodridge said.

And that’s certainly what the pair are doing.