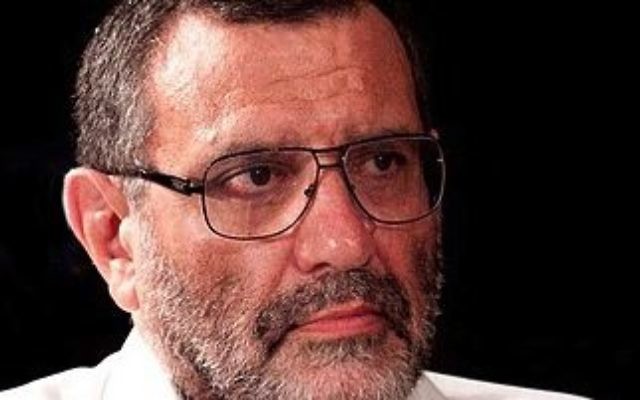 EXECUTIVE Council of Australian Jewry president Danny Lamm this week said he was sorry that former Ha’aretz editor-in-chief David Landau had been given an opportunity to speak to Jewish audiences.

“These are obscene comments and this is unacceptable stuff.”

Lamm’s comments came after the NSW Jewish Board of Deputies (JBOD) decided to host Landau at a private function this week.

“The ECAJ would not have hosted him.

JBOD president Yair Miller defended the decision. “The board of deputies is the communal roof body, and as a mature, open-minded organisation it makes available a range of views to its membership,” he said. We expect that our members will engage with and challenge views that they find controversial.

“The Landau lunch, which was a private function, conducted under Chatham House rules, had a guest list restricted to elected deputies, and gave our members this opportunity.”

Landau, who is in Australia as a guest of New Israel Fund (NIF) Australia, was the diplomatic correspondent of the Jerusalem Post for 12 years. He also recently collaborated with Israeli President Shimon Peres when the politician released his biography, and Landau is currently working on a biography of Ariel Sharon, due out next year.

NIF Australia president Robin Margo said Landau’s Zionist credentials are incontrovertible. “He made aliyah, served in the IDF, spent 20 years at the Jerusalem Post and a decade at Ha’aretz,” Margo said. “We were delighted to offer the Jewish Board of Deputies the opportunity to hear him.”

But despite Landau’s credentials, one JBOD member, David Singer, was outraged enough to quit the organisation. “I urge any other members who also feel similarly outraged by these decisions to also resign their membership,” he said.

Miller said he hopes Singer will reconsider his decision, but that JBOD often engages with people who hold views with which it strongly disagree, and that it is necessary that continues.