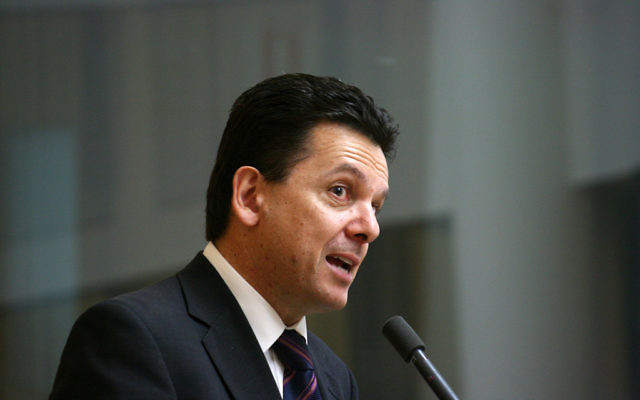 UNDER threat during the Abbott government, Section 18C appears to have dodged another bullet, and its survival has been hailed by the Jewish community.

Plans to push for its removal from the federal Racial Discrimination Act (RDA) appear to have been thwarted by Senator Nick Xenophon.

The South Australian crossbencher announced he would not support the stripping of 18C from the RDA. Introduced by a Labor government 21 years ago, 18C makes conduct unlawful if it “is reasonably likely … to offend, insult, humiliate or intimidate”.

The proposed amendment to kill off 18C in the name of freer speech, foreshadowed and then pulled by Tony Abbott during his prime ministership, had new political life breathed into it by the swelling of the Senate crossbench after the July 2 election from eight to 11.

Leyonhjelm has support for his move from Family First Senator Bob Day, new Senator Derryn Hinch and One Nation.

Xenophon told the ABC: “I can understand some of the arguments put forward, but when you have both the Jewish community and Arab community on a unity ticket, in the same room, saying ‘we think these amendments are reckless,’ then you know this is an area that we shouldn’t go down.”

Executive Council of Australian Jewry executive director Peter Wertheim was concerned about the renewed bid to change the legislation. “It is disappointing to hear even a handful of our elected representatives again seeking to tamper with a law that has been shown to work effectively to balance free speech with freedom from racial vilification, and to enjoy overwhelming public support.

“They should know better than to be sending signals to the community that publicly denigrating people on account of their skin colour or ethnic background is within the bounds of acceptable behaviour,” he said.

Australia/Israel & Jewish Affairs Council (AIJAC) director of -community and international affairs Jeremy Jones, a veteran of working with the RDA legislation, described opposition to 18C as “ill-conceived, ill-informed and ill-timed”.

“Those senators advocating repeal of the law are, in effect, seeking to create a template in which society is neutral in judging bullies and those they bully. AIJAC believes that we should side with the victim against the perpetrator. They have provided no evidence that there is a single area of public policy where the law has limited robust and vigorous debate, and appear to believe defamation, libel and slander equate to reasonable discussion,” he said.