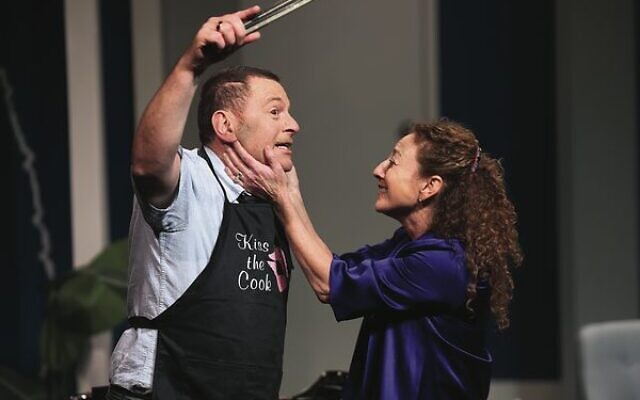 Joe Tigel and Natalie Shostak in The Importance of Being Jewish

WHAT could go wrong when the parents of a young Jewish couple meet for the first time just weeks out from the wedding?

As it turns out, a lot more than most of us ever believed possible, thanks to the fertile imagination of playwright Rob Selzer in his comedy, The Importance of Being Jewish, which premiered at the Phoenix Theatre, Elwood earlier this month after being postponed twice due to COVID-19 lockdowns.

All the action takes place in the home of Melbourne couple Ray and Rosh, played by Joe Tigel and Natalie Shostak in the production’s biggest roles.

Along with their daughter Tara (Romi Freedman), they welcome their new machatonim who have flown in from Israel – Kitty (Amelia Frid) and Ilan (Raoul Salter), and their son Leo (Mikki Palti), who has been working in Melbourne.

Ray and Rosh are not religious and serve up an Aussie barbecue for the occasion, cooking kosher steaks to impress their visitors.

Ray and Rosh have invited hundreds of guests to the wedding, determined to make it an occasion to remember.

Ray has had his share of domestic dramas over the years, but has always managed to shmooze over them, especially when they involved Rosh and Tara.

When Ray and Kitty meet for the first time over lunch – fortunately when everyone else is out of the room – Ray is shocked to recognise Kitty as the girl he dated when they were students at university.

While Kitty wants to share this news with everyone at lunch, Ray hits the panic button and is determined to keep their past a secret.

This signals the start of a series of dramas and plot twists accompanied by rapid-fire one-liners and sight gags that keep the laughs coming. 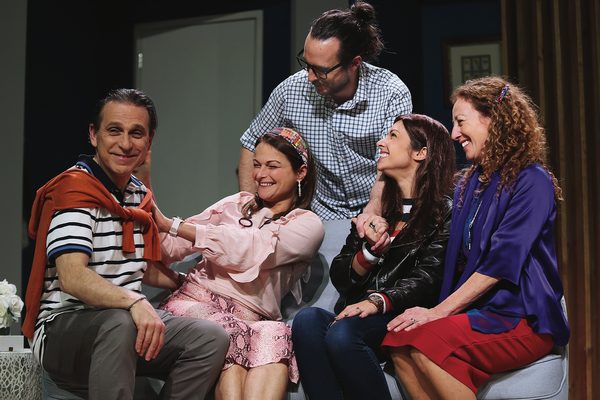 Daniel Teitelbaum, who performed with his sister Steph at the 2019 Melbourne International Comedy Festival in a show titled The Illegitimate Love Children of Bob Downe and Magda Szubanski, brings exuberance to his role as BB, the roller-blading irreverent son of a rabbi who is the bearer of bad tidings for Ray.

The play’s co-directors, Steven Curtis and Selzer, acknowledge the advice and input of professional Jewish directors Pip Mushin (whose extensive experience includes being resident director of The Book of Mormon) and Gary Abrahams (who worked on the production last year until it was postponed, but commitments earlier this year with Kadimah Yiddish Theatre’s Yentl and MTC’s Admissions meant he was not available for Saltpillar).

The Importance of Being Jewish is an entertaining comedy with a stream of laughs. By keeping the play to under 100 minutes including a 20-minute interval, it keeps the action at a fast pace.

The Importance of Being Jewish is at the Phoenix Theatre, Elwood until August 21. Bookings: saltpillar.org.au